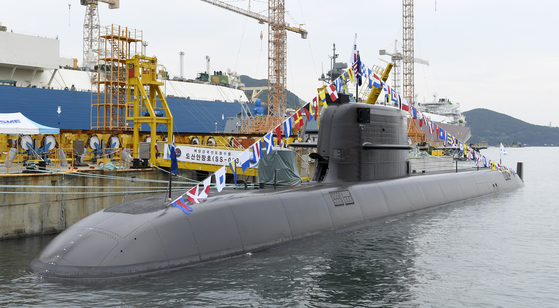 DSME said Friday that the submarine will be constructed at Okpo Shipyard in Geoje, South Gyeongsang, and delivered to the navy by the end of 2028.

It will be the fourth 3,000-tonne submarine built by DSME.

DSME said the new submarine uses a lithium-ion battery instead of a lead acid battery to make it stay under the water for a longer time than previous models. It will also be easier to fix and maintain, according to DSME.

So far this year, the company has won $7.7 billion worth of contracts, achieving 93.5 percent of its goal set for this year.

Sixteen container vessels, 11 very large crude-oil carriers and two offshore plants are some of the contracts that were signed this year.