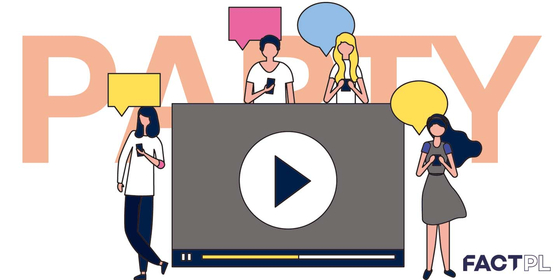 Major content platforms are integrating social networking functions into their media streaming services in a bid to pull in — and lock in — more users.

In April, Watcha started beta testing its “Watcha Party” feature, where people can chat with each other while watching the same videos.

“We started ‘Watcha Party’ because some users requested that we make chatting features,” said an official from Watcha. “But now, it’s affecting the overall growth in the number of users for Watcha. We’re planning for official launch of the feature by early next year.”

An earlier model of “Watcha Party” would be Chrome’s “Teleparty.” On Teleparty, users of Netflix, Disney+, Hulu and HBO can chat with each other through the Chrome applications while watching the same videos. It is only available on the Chrome browser on desktops or laptops. It has been downloaded more than 10 million times since its launch in March last year.

A similar service kicked off in Korea in January by local start-up Screena. The “Screena Watch Party” allows users of 11 online video platforms — including Netflix, Wavve and Tving — to chat while watching the same video.

The idea of chatting while enjoying the same content isn't new. 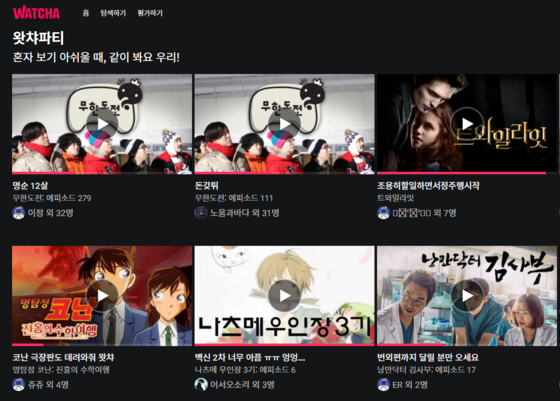 In April, Watcha started early-access testing period of its “Watcha Party” feature, where people can chat with each other while watching the same videos as if they’re chatting to friends online. [WATCHA]


Clubhouse spearheaded the fad as it allows people to have discussions while voice-only content is live-streamed by famous people.

The app was released in March 2020, but saw a surge in usage when major public figures joined the service, such as Elon Musk.

“The content industry was reminded of the social aspect in its services after Clubhouse became a hit,” said an official from Naver Vibe. “We saw that music platforms could be expanded into social platforms by binding people together with content, like music.”

The prolonging of the Covid-19 pandemic also played a big part in the expansion of the services. Having been forced to stay home and away from each other, people grew nostalgic and sought refuge online. That led to the surge in demand for socializing functions or other features that offered the sense of gathering in the online space, especially for the younger generation who are increasingly becoming major consumers in the market.

“The millennial and Generation Z consumers also like to communicate with each other through content, especially films, entertainment shows and music,” said an insider from a music company.

The trend is expected to continue and likely expand into the metaverse space, according to industry insiders. Metaverse refers to a virtual online space where people log on and communicate with each other through avatars.

The metaverse space is already a popular choice for companies to hold online events. Employee workshops, university festivals, K-pop fan meet-and-greets and more have been held on metaverse platforms this year.

“We’re adding new features to ‘Watcha Party’ such as letting the party host speak to members and give voiced commentary on films,” an official from Watcha said. “New content platforms will be armed with social features and will compete with existing social networks.”