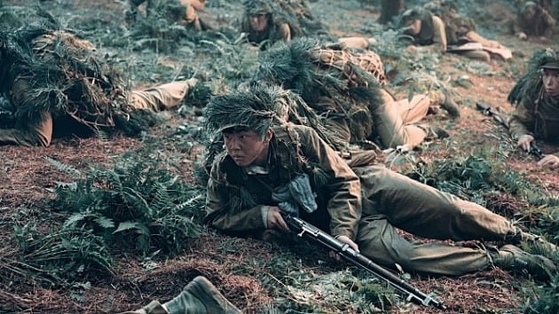 A scene from Chinese film "The Sacrifice," which depicts the last major battle of the Korean War (1950-53) in which China sent its troops to support North Korea. [SCREEN CAPTURE]


A local film distributor canceled its plans to release a Chinese film depicting heroic tales of Chinese soldiers during the Korean War (1950-53), instead releasing an apology due to fierce backlash from the Korean public, war veterans and political conservatives.

Titled “The Sacrifice,” the Chinese film depicts the last major battle of the Korean War in which China sent 240,000 soldiers to Gimhwa, Gangwon, which was being defended by South Korean soldiers and United Nations forces. Called the Battle of Kumsong in Korean, it ended in China’s victory with more than 10,000 South Korean soldiers either killed or injured. 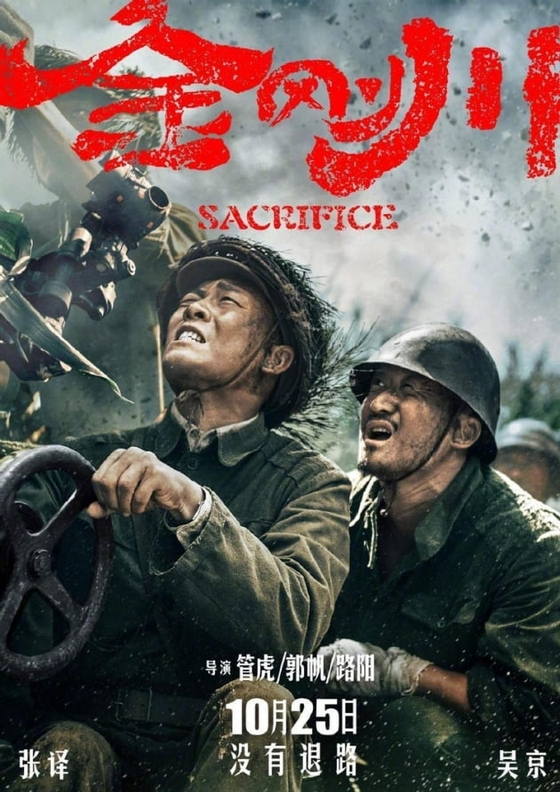 The Chinese poster for "The Sacrifice"[BAIDU]


Controversy began brewing when the Korea Media Rating Board (KMRB) gave the film a rating of “15 years and over.” Under the existing law, all films which are created with the purpose of distribution must receive a rating from the board.

The board’s rating, which essentially is the green light for it to be distributed, led to immediate resentment from war veterans and politicians in Korea.

“[Allowing this film to be distributed] is an act of contempt against the war veterans and patriots who participated in the Korean War,” the Korean Veterans Association said in a statement on Wednesday.

“It is an antinational act which goes against the system of liberal democracy to show to our youths today a propaganda film describing Chinese soldiers as heroes when they were actually part of a war that infiltrated our country.”

“It’s shocking,” Yoo wrote on his Facebook on Tuesday. “Should we actually expect to see a movie about praising Chinese soldiers who attacked South Korea from our very own homes? Is the KMRB, which allowed this kind of a film to get a rating, a national organization or a Chinese organization promoting its content?”

The escalating dispute eventually led the board to release an official statement on Tuesday.

“It is actually forbidden by the current law to defer or reject a rating of a film due to its content or topic of issue,” the board said, explaining that it would be preemptive censorship for the organization to take a subjective viewpoint on the matter. 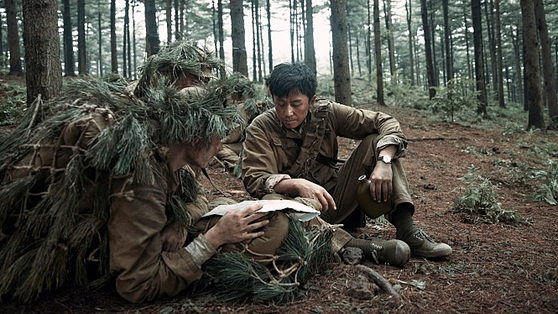 Although "The Sacrifice" is about the Korean War, Korean soldiers do not appear in the film. [SCREEN CAPTURE]


Content that is rated restricted screening can only be screened at theaters designated by the board and the sale of its rights and its distribution of the film are forbidden.

In response to the criticism, Wisdom Film Korea, the film distributor which imported “The Sacrifice,” withdrew its application to the KMRB on Wednesday, which voids the board's rating and means the film cannot be released locally.

Minister of Culture, Sports and Tourism Hwang Hee also confirmed the cancellation of the application during a parliamentary committee session on the same day.

“Since [the importer] gave up on the age rating, it will not be screened [in Korea],” he said. “The board only did what it was supposed to do to rate the film based on the content’s sexual and violent content.”

Wisdom Film Korea originally intended the film to be released via IPTV and video-on-demand (VOD) services on Sept. 16 instead of having a theatrical premiere. Established in February 2020, the distributor has mainly imported Chinese action or sci-fi films, such as “The Emperor’s Sword” (2020) and “Mega Crocodile” (2019).

“I bow my head and sincerely apologize to the public for causing so much trouble by importing ‘The Sacrifice,’” Wisdom Film Korea’s representative Lee Jung-yeon said in a press statement. “I feel heavily responsible and deeply regret that I’ve thoughtlessly imported a film whose background lies in our national tragedy which took away millions of lives, and that it contains heroic tales of the enemy’s soldiers.”

“The Sacrifice” was released in China last year to commemorate the 70th anniversary of the country’s participation in the conflict. Directed by Guan Hu, Frant Gwo and Lu Yang, the film contains the message that the victory of the battle is due to the sacrifice and dedication of nameless soldiers despite the country’s lack of military power compared to the U.S.

Interestingly enough, throughout the 121-minute-long film, North and South Korean soldiers are absent. Only Chinese and American soldiers appear, with the latter portrayed as the invaders and the weak, according to local correspondents who saw the film in Chinese theaters.

The film is noted for its brief production period, filmed over the course of less than two months between August and September 2020, a time when conflict between the U.S. and China escalated under the Trump administration due to heightened tension caused by the prolonged Covid-19 pandemic and diplomatic clashes related to defense, trade, technology and human rights. 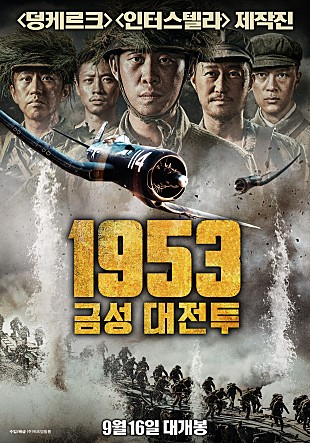 The Korean poster for "The Sacrifice" [WISDOM FILM KOREA]


Related experts note that at the end of the day, it is up to the public to decide whether to consume the content or not.

“It would be impossible to restrict the distribution of content that could evoke public hostility,” said culture critic Jeong Deok-hyun. “China still censors its cultural content, which is outdated. It’s up for the audience to decide whether or not they see the film.”

“There is no other way, really,” director Kim Deok-young of the documentary “Kim Il Sung’s Children” wrote on his Facebook Wednesday. “It would be anachronistic to ban [content] through censorship, and to respond by oppressing culture would backfire in the end.

“We should respond to culture with culture. Citizens should have their eyes wide open to the reality of the ongoing trend in culture and content so that films, books, and drama series that are based on proper historical records and perspectives can be created. I think it all begins with supporting the creation of truthful, just content by consuming it, no matter how small the attempt is.”