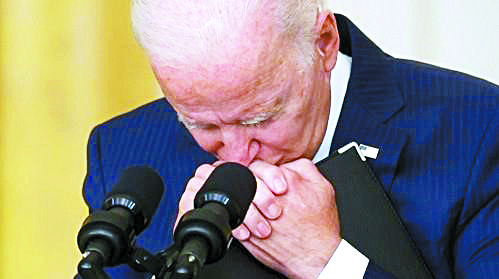 LIM JONG-JU
The author is the Washington bureau chief of the JoongAng Ilbo.


On August 5, 1905, at the end of the Russo-Japanese War, the yacht Mayflower set sail off Sagamore Hill, President Theodore Roosevelt’s summer White house. There were no chairs at the reception on board. Instead of worrying about the seating arrangement, Roosevelt immediately proposed a toast and urged the Russian representative Sergei Witte and their Japanese counterpart Jutaro Komura to swiftly come to an agreement. They headed to the military port of Portsmouth, and a treaty was signed after a month. The right to oversee Korea went to Japan. Roosevelt, as a mediator, only focused on America’s national interests.

The legation of the Korean Empire opened in Washington DC in 1888, 17 years before the treaty. The legation was purchased for $25,000, a huge sum at the time. But two months after the Treaty of Portsmouth, Japan deprived Korea of its diplomatic authority, and the legation closed. It was taken away for only $5. It was one moment when Korea realized the cold international reality and limits of relying on foreign powers without self-reliance.

Watching the Taliban recapture Kabul, U.S. President Joe Biden said that the mistake of staying and fighting for a place posing no gain in America’s national interest would not be repeated. He denounced Afghan leaders for fleeing the country and the military for having no willingness to fight. Simply put, there was no gain from the stationing of U.S. Forces there — exactly the same as Roosevelt’s calculation 116 years ago.

After the U.S. forces left Afghanistan, leaving their weapons behind, the vacancy of America was filled with uncertainty. A power struggle between the Taliban and the Haqqani network, a Sunni Islamist militant organization, surfaced. Al-Qaeda is seeking opportunities to rise again. The collapse of the economy and crisis related to women’s rights aggravate anxiety.

Proclaiming “America is back” upon being elected president, Biden advocated his focus on alliance, yet things are not going smoothly. He sweated to maintain the anti-China front, stressing that Taiwan, Korea and Europe are fundamentally different from Afghanistan. Europe is also facing trauma. French President Emmanuel Macron flew to Iraq and declared the French forces would stay no matter what the U.S. chooses. Voices advocating the creation of Europe’s own military continue.

What Korean Ambassador to Washington Lee Soo-hyuck said when he appeared at the National Assembly last year still stands. “Korea does not have to choose America for the next 70 years just because we had sided with it 70 years ago. Korea can choose the U.S. when we can love the U.S. in the future and when it benefits Korea’s national interests,” he said. It is especially true as we ruminate the meaning of the alliance and make it stronger.

The Legation of the Korean Empire was restored in 2018. Viewings have been restricted due to the pandemic, but it is to gradually reopen next month. It can act as an educational site to avoid a repeat of tragic history.