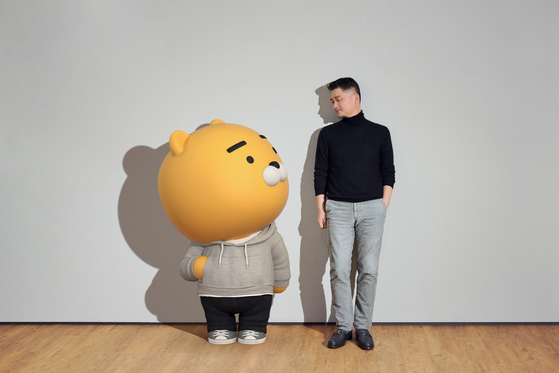 
Kakao shares plunged by nearly 20 percent over the past week as it and its affiliates become the target of scrutiny by Korea's financial regulators.

Affected by the regulatory risks, shares of Kakao and its affiliates continued to slide in the past week as foreign and institutional investors offloaded related shares. The market capitalization of the three listed Kakao companies — Kakao, KakaoBank and Kakao Games — shrank by roughly 18 percent, or 20 trillion won ($17 billion), on Monday compared to a week earlier. 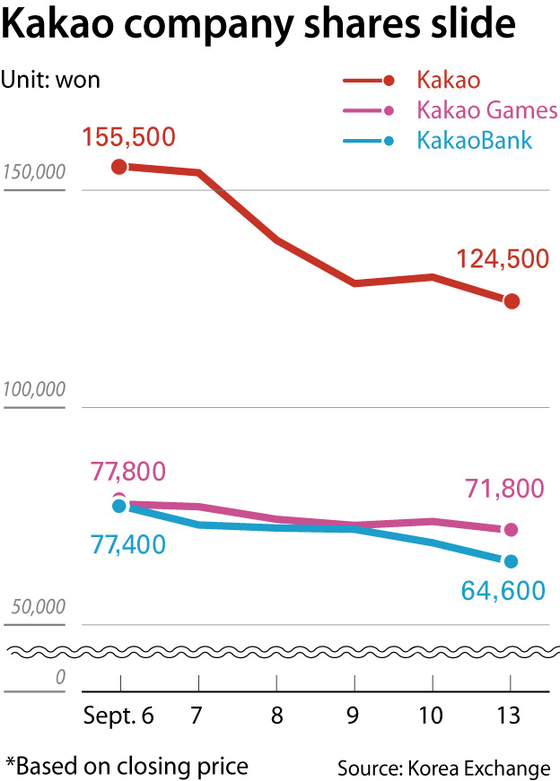 Selling slowed on Monday, but it was not enough to stop prices from falling. Institutional investors net sold 40.3 billion won of Kakao shares while foreign investors were net buyers, taking 348.8 million won worth of shares.

As share prices continue to fall, Kakao shares have also become a major target for short sellers. Short selling is when an investor borrows stock and sells that stock immediately on the hope of buying it back at a lower price, repaying the loan and profiting from the difference.

According to data from the Korea Exchange, 259.4 billion won worth of Kakao's shares were sold short last week, which is some 9 times the 28.6 billion won sold short the previous week.

Analysts say that while additional weakening of Kakao shares is likely to be limited, a major concern is that this may just be the beginning of the government regulation drive.

"Shares have already plunged reflecting the risks," said Huh Jae-hwan, an analyst from Eugene Investment & Securities. "However, more businesses can be hit with regulations ahead of the upcoming government audit season in October, and the presidential election next year."

Huh added that while it is not likely the shares will continue to plummet, a relay of restrictions imposed by the government will make Korea's stock market unattractive for foreign investors compared to other markets with relatively less risk.

Analyst Park Seok-hyun from KTB Investment & Securities warned that "investors should be careful with their investments until uncertainties related to regulations are resolved."