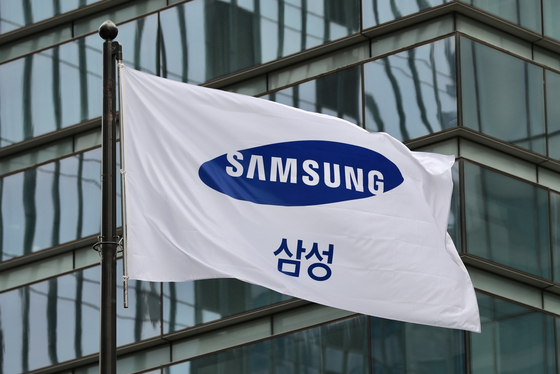 A Samsung flag hangs outside Samsung Electronics' headquarters in southern Seoul. The company said on Monday that will start its first-ever wage negotiations with its labor unions. [NEWS1]


Samsung Electronics began its first-ever wage negotiations with unionized labor Monday, a month after the company signed its first official agreement with labor unions in 52 years.

Previously, Samsung Electronics had negotiated wages with an internal labor-management council that companies are obligated to establish according to the Act on the Promotion of Employees’ Participation and Cooperation.

No details of the negotiations, such as who will take part and when meetings will take place, have been disclosed yet. A deal usually takes weeks or even months.

But the National Samsung Electronics Labor Union, the biggest of all Samsung unions, wants to hold separate negotiations and has asked the Ministry of Employment and Labor if it can do so.

The National Samsung Electronics Labor Union requested a separate deal with the company even for the agreement that was signed last month. However, the labor ministry ordered that it come to that bargaining table with the other unions.

Current negotiations are expected to be rocky, as rival companies have settled for salary increases higher than that set by the Samsung Electronics’ labor-management council earlier this year.

In June, SK hynix signed a deal for 8 percent salary increases, and LG Electronics settled for 9 percent increases in March.

“We will first set down the rules and schedules for the negotiations then start the bargaining process after the Chuseok holidays,” said an official from Samsung Electronics.

In July, Samsung Display came to a 4.5 percent raise agreement for all employees. It was the first of all Samsung companies to negotiate with its labor union. The deal was struck after nine meetings over the course of five months.