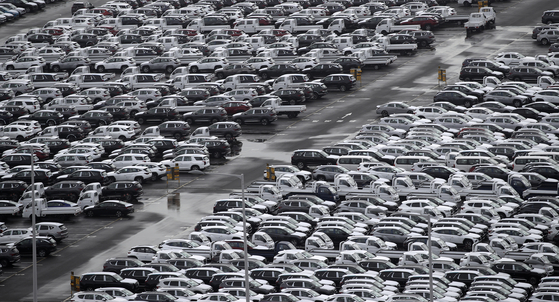 Auto sales in Korea are projected to shrink by 3.5 percent in 2021.

The projection in the report was based on industry trends and opinions from auto industry experts, the association said.

“Last year, Korea’s auto sales were able to record an all-time high thanks to tax incentives on purchases and other policies to boost the domestic industry,” the report said. “This year, the figure is expected to shrink due to the base effect and also due to a supply shortage of auto chips.”

Sales of domestic cars in Korea are expected to decrease by 5.8 percent this year to 1.51 million units.

"Fewer new models from domestic carmakers launching this year are expected to hamper sales of domestic cars," the association said.

SsangYong and Renault have released no new models so far this year and don't plan to do so.

Sales of imported cars in Korea, on the other hand, are expected to be strong.

A total of 330,000 imported cars are expected to be sold in Korea this year, a 9.1 percent jump from last year.

"Last year, auto demand in major export markets shrunk due to Covid-19," the report said." This year, auto exports from Korea are expected to increase on a base effect as well as economic recovery in the United States and other major European countries."