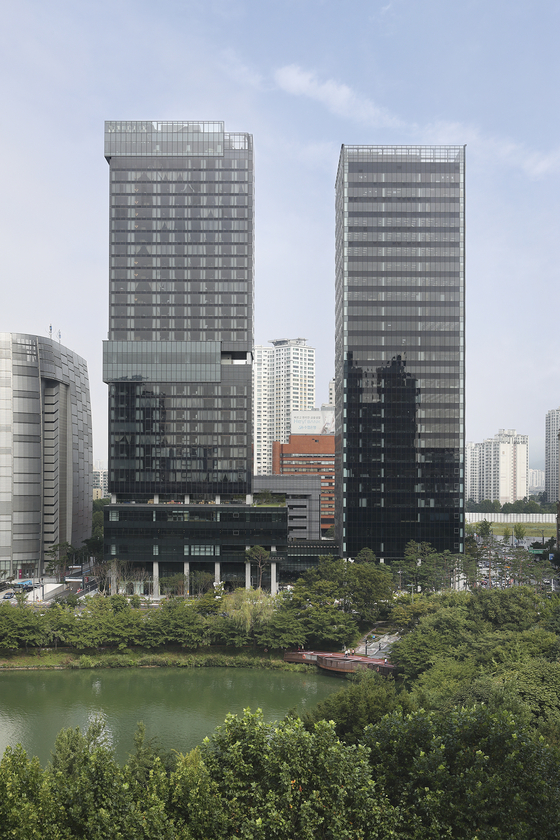 KT will start moving some core departments to the company’s recently-constructed building in Songpa District, southern Seoul, the company said on Monday. At right is the office section of the new building where KT will be located, and at left is the hotel building where French hotel franchise Sofitel will open later this month. [KT]

The building, which began construction in 2015, has the latest digital technologies and automated functions, according to KT. Diverse functions will be handled by computerized programs and robots including energy use, building security, employee ID confirmation and parcel delivery.

The building has extensive IoT (internet of things) equipment that will be automatically controlled by cloud-based software. Robots will disinfect the air as they move around the building and send an analysis of the air to a central system.

The building itself is meant to give visitors and employees a peek into the company's digital future, according to the company. 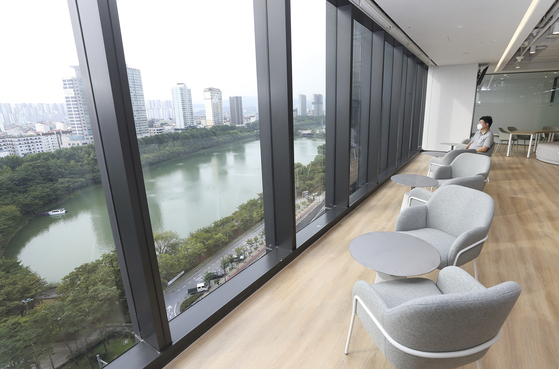 KT said on Monday that its enterprise department and AI/DX (artificial intelligence and digital transformation) business department will move to the KT Songpa Building. The picture has been taken inside KT's new office building. [KT]


So an employee will be able to enter the building with ID authentication from a mobile device and make reservations to use office facilities on the phone. A robot barista will make and deliver coffee at an eighth-floor café lounge. Robots will deliver parcels from the Gwanghwamun headquarters.

“The location is also important, as it is situated near Gangnam and Pangyo, where many start-ups are,” KT said in a press release. “This will pose a great advantage for our business-to-business projects and help accelerate our digital platform business.”

The complex is 32 stories high and has five underground floors. It is divided into two towers, one for offices and the other for a hotel. KT will use the fourth to 16th floors of the office tower.

KT will also start renovating its headquarters in Gwanghwamun, central Seoul, which it plans to finish by 2024.