Seoul stocks inch up as investors wait for news from U.S.

Seoul stocks inch up as investors wait for news from U.S. 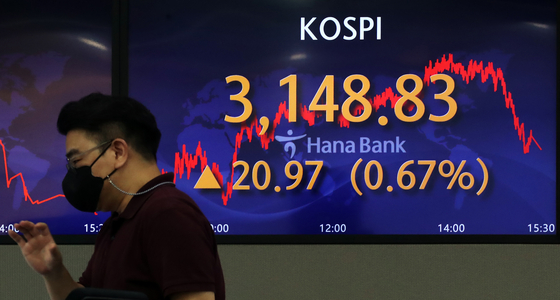 
Stocks advanced for the third straight session Tuesday as investors await the release of U.S. consumer price data, seeking more clues about the Federal Reserve's tapering timeline. The won rose against the dollar.

Overnight, the Dow Jones Industrial Average advanced 0.76 percent, largely on expectations the Fed would not hurry to roll back its accommodative policies in the Federal Open Market Committee meeting next week.

"The [U.S.] consumer price index is likely to have a direct impact on the Fed's economic diagnosis related to the tapering timeline," said Hana Financial Investment analyst Lee Jae-sun.

The local currency closed at 1,170.8 won against the U.S. dollar, down 5.2 won from the previous session's close.