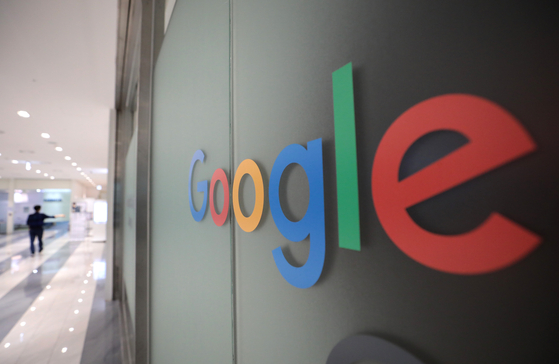 The FTC said Google’s anti-fragmentation agreement with smartphone manufacturers limited the release of any new smart device using any other operating system other than Android.

Samsung Electronics in 2013 launched a smartwatch with an OS that was a modification of Google's Android system. That was considered a violation of the contract.

In 2018, LG tried to launch a smart speaker that operated with another modified Android OS system. But Google said it was a violation of the contract and the launch never happened.

Amazon tried to install its own operating system on smart TVs manufactured by Samsung and LG, but the manufacturers refused because of its contract with Google.


Google dominates the mobile market through its Android operating system. According to the FTC, the company’s mobile OS global market share has grown from 38 percent in 2010 to 97.7 percent in 2019.

Its market share for downloaded apps between 2012 and 2019 was between 95 to 99 percent globally, excluding China.

The FTC started investigating Google in 2017 after complaints that the company was limiting competition by forcing smartphone manufacturers to install its own apps on the home screen of phones, including its search engine as a default, in exchange for free use of its Android OS system.

“The OS system on smartphone devices is a platform that mutually connects device manufacturer, app developers and consumers,” Joh said. “Today, there are attempts to develop operating systems and establishing an app ecosystem that will connect mobile and related devices. It will expand to home appliances and vehicles with the technology development in Internet-of-Things (IoT) and autonomous vehicles.”

She said Google’s strategy of open sourcing its Android operating system attracted smartphone manufacturers and app developers in the early stage of smartphones, which allowed its market share to swell.

“Google, which secured its dominance in the mobile OS market, has forced device manufacturers to comply with the anti-fragmentation contracts that prevents the entry of competition into the OS market,” Joh said.

Joh said this is not the last FTC investigation of Google.

Since January, the FTC has been looking into whether Google prevented game developers from launching games in competing app markets.

It is also looking into in-app payments and advertising practices.

“We plan on executing the law without discrimination whether it is a local or a foreign company committing anti-competitive acts to strengthen a monopoly,” Joh said.

Joh said the size of the fine was determined by the profits that Google made in Korea through its app market since 2011.

Google rebuked the FTC's claims, insisting that its Android’s compatibility program has contributed to both hardware and software innovation for both smartphone manufacturers and developers.

“This in turn has led to greater choice, quality and better user experience for Korean consumers,” the company said in a statement. “The KFTC’s decision released today ignores these benefits, and will undermine the advantages enjoyed by consumers.”

The company said it intends to appeal.

Kakao's market dominance is a focus for FTC Chairman Han