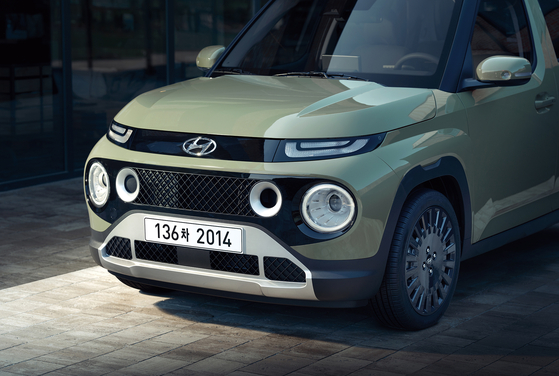 
More than 12,000 people signed up to purchase Hyundai Motor's new Casper mini SUV as preorders opened on Tuesday, potentially securing buyers for every unit the automaker plans to make this year.

The Casper mini SUV is the first model to be manufactured by Gwangju Global Motors, a joint venture between Hyundai Motor and the Gwangju city government.


The project, a partnership between a local government, private company and labor union, is often held up as a core example of President Moon Jae-in’s initiative to boost jobs.

Moon was one of the 12,000 people who preordered the model on Tuesday, according to the Blue House.

"President Moon logged onto the internet to make a reservation for the model this morning," said Blue House spokesperson Park Gyeong-mi.

"The purchase was for his personal use and he plans to continue to drive the Casper after retirement."

Preorders for the Casper are available only through its online channel with a down payment of 100,000 won ($85). Even when the care is released later this month, purchases will only be available through the online channel.

It is the first Hyundai Motor model to be sold exclusively online.

“Online sales of Casper mean a lot because it is the first Korean car model to be sold directly to consumers amid the accelerating trend for non-contact and digital services,” the carmaker said Tuesday. "It will make purchasing a car more convenient for customers."

Connected services — some possibly more useful than others — such as an in-car payment system and voice-based ventilation control are also available for the Casper.

The sticker price of the Casper, which is styled like an SUV but on the scale of a compact car, starts from 13.8 million won ($11,800), a relatively high price considering that labor costs at GGM are nearly half as high as those for blue collar workers at other automakers in Korea.

The price of higher trim models starts from 18.7 million won and goes over 20 million won with more options.

Casper's rivals in the market include the Kia Ray, which starts at 12.7 million won, and Chevrolet Spark, at 9.7 million won.

GGM plans to expand the model's annual production to 70,000 units next year.

Its official launch is slated for Sept. 29. 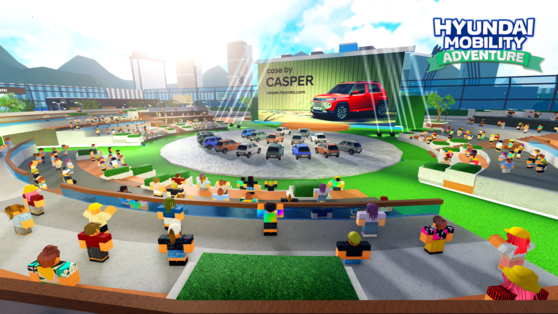 An advertisement board for Hyundai Motor's Casper inside the Roblox metaverse. [HYUNDAI MOTOR]

[Video] Taking the perky little Casper for a spin