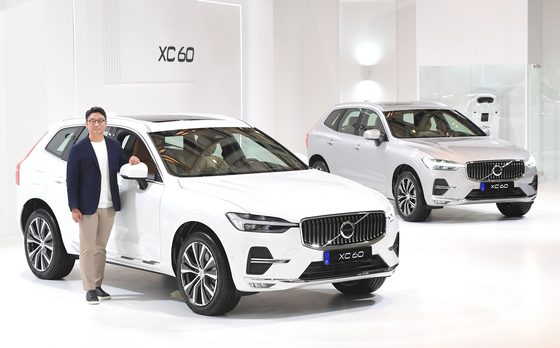 The infotainment system was developed with Korean telecommunication company SK Telecom and an investment of 30 billion won ($25 million) over the past two years, the auto company said.

The infotainment system, which is based on Google’s Android Automotive OS, is able to control many of the car's functions through voice-based commands.

The system activates on the voice command, “Aria,” which is the name of the system.

It can control the ventilation system, set navigation destinations, send text messages and make music suggestions. Such functions are possible through the use of various SK Telecom services, including the navigation service T Map, artificial intelligence service Nugu and music streaming service Flo.

“Without having to take your hands off the steering wheel, the driver can control various functions of a car with just voice commands, which will result in a more safe driving experience,” Volvo Cars Korea said in a release Tuesday.

The two companies plan automatic updates of the system in the future. The first update will incorporate an in-car payment system next year, which will allow a driver to make payments online with personal information registered in the car's system.

"The OS originally used in smartphones will now move on to vehicles," said Park So-ha, vice president at T Map Mobility, a spun off company from SK Telecom.

"T Map is going to evolve into a portal service for cars, enabling not only navigation but also charging, parking, in-car payments and so on."

The infotainment service will be offered in Volvo's S90 sedan and V90 wagon next year.

This year, the carmaker aims to sell 15,000 units, and more than 60 percent of that goal was achieved as of August. 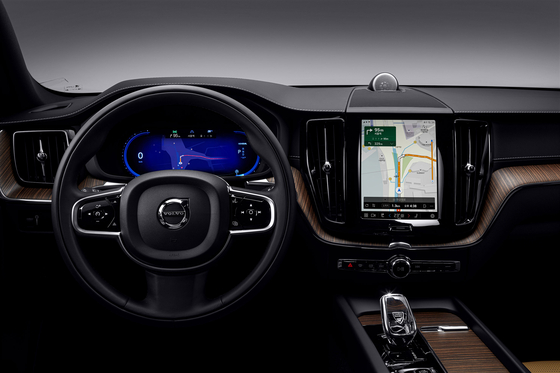