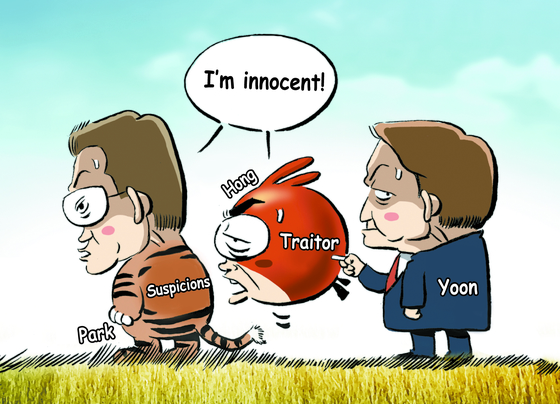 Although National Intelligence Serivce (NIS) chief Park Jie-won denies involvement in trying to help the ruling Democratic Party (DP) win the next presidential election on March 9 — and though Rep. Hong Joon-pyo, a presidential candidate of the opposition People Power Party (PPP), denied that one of his aides participated in a meeting between Park and a whistle-blower to attack former Prosecutor General Yoon Seok-youl, a frontrunner among presidential candidates — Yoon does not believe them. [PARK YONG-SEOK]