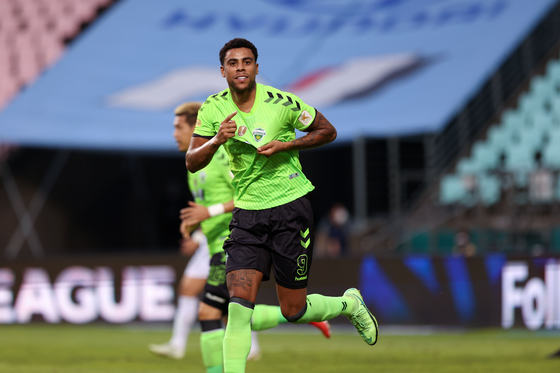 Gustavo Henrique da Silva Sousa, known as Gustavo, appears for Jeonbuk Hyundai Motors in a game against Daegu FC at Jeonju World Cup Stadium in Jeonju, North Jeolla, on Aug. 7. The Brazilian, who joined Jeonbuk last year, was named the K League Player of the Month for August. He will receive a trophy made by the award's sponsor EA Sports and can wear a Player of the Month patch on his uniform for the rest of the season. [YONHAP]