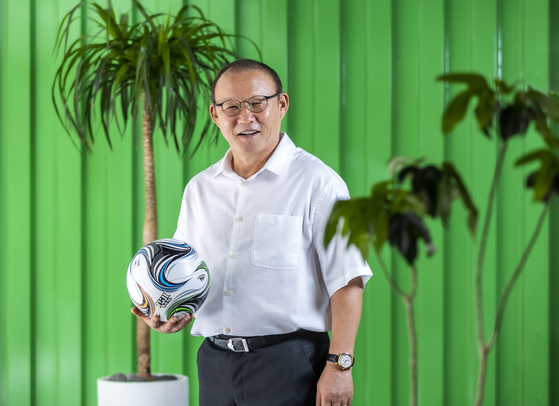 
Park Hang-seo and the Vietnamese national squad are currently competing in the third round of Asian qualifiers for the 2022 FIFA World Cup as the underdog southeast Asian side continues its push to earn its first ticket to the biggest stage in football.

Park, former assistant manager of the Korean national team under Guus Hiddink and manager of the Korean U-23 team, joined the Vietnamese squad in October 2017 after a stint with Changwon City FC. When he was appointed, there was some initial skepticism about his ability but the 63-year-old has blown away all doubts and has since become a bonafide celebrity in Vietnam.

Unsurprisingly, Park is something of a hero in Vietnam. His magic touch is legendary and he's got the paperwork to prove his value — the new contract he signed at the end of 2019 is the biggest Vietnamese football has ever seen. He has received two different orders of merit in Vietnam in recognition of his contribution to the country.

This June, Park coached Vietnam to yet another historic milestone, as the team qualified for the third round of Asian qualifiers for the 2022 Qatar World Cup, the closest the Southeast Asian country has ever got to the world's biggest football tournament. Vietnam finished second in Group G, trailing behind the United Arab Emirates in first place, but qualified as the fourth-highest ranking runner-up team, with 17 points.

The team has so far lost both of its third round games, but there is still a chance for Park to turn it around.

On Sept. 3, Vietnam lost 3-1 to Saudi Arabia at King Saud University Stadium in Riyadh, Saudi Arabia. On Sept. 7, Vietnam faced No. 35 Australia at My Dinh National Stadium in Hanoi, Vietnam and lost 1-0. Considering the difference in their ranks, a 1-0 on the scoreboard comes as something of an achievement for Park’s men.

After dropping their first two matches in their final rounds of qualifiers, Vietnam is now fifth in Group B, one place above China.

Alongside Vietnam in Group B are Australia, Saudi Arabia, Oman, Japan and China. Vietnam stands at No. 92 in world rankings, the lowest in the group. Japan is No. 24, Australia is No. 35, Saudi Arabia is No. 61, China is No. 71 and Oman is No. 79. The top two teams from the groups will immediately qualify for the World Cup, while the two third-placed teams will play each other for the right to compete in the inter-confederation playoffs.

The Vietnamese national team players are scheduled to resume training on Sept. 18. Their next showdown is against China on Oct. 7. Vietnam’s fourth match will be against Oman on Oct. 12 and their fifth qualifier will be on Nov. 11 against Japan. Second legs will begin later that month.

The JoongAng Sunday caught up with Park, who briefly returned to Korea on July 20, at Sports 360 Lab in Seoul Olympic Park in Songpa District, southern Seoul. Below are edited excerpts.


Q. What has changed in Vietnamese football?

A. The strength of Vietnamese football comes from the Vietnamese people’s love for the sport and the government's interest in the sport as well. There are 14 professional first division clubs, 12 second division clubs and a third division, so the football league is well-equipped. The players’ physical strength and physique have also improved. Since I came, we haven’t lost any games against Southeast Asian countries and we have the confidence that we can now take on any team.


You mentioned three years ago that you made players drink milk instead of just eating rice noodles for breakfast.

That’s still true. Rice noodles are a popular breakfast in Vietnam, but don't provide enough protein. I tell the players to eat eggs or drink milk to get a good amount of protein. I once invited a professor who teaches nutritional science to give a lecture on the importance of a nutritious diet for the team and I think a professional opinion convinced the players.


Which country do you think Vietnam has to defeat in the final round of qualifiers to make it to the World Cup?

I never said that the team’s objective is making it to the World Cup. Qualifying for the World Cup is not easy. Of course it’s not impossible. At the final qualifiers, Vietnam will no longer be competing just against Southeast Asian countries, but will face the best teams in Asia. All five teams have each of their strengths. I consider the final qualifiers to be a chance to get to know where Vietnamese football stands and also learn what we lack as a team.

It’s like my agent Lee Dong-jun said, I am under contract until next January. I only meant that my goal as a national team head coach is reaching the third round of qualifiers, nothing else. I intend to fulfill my contract. 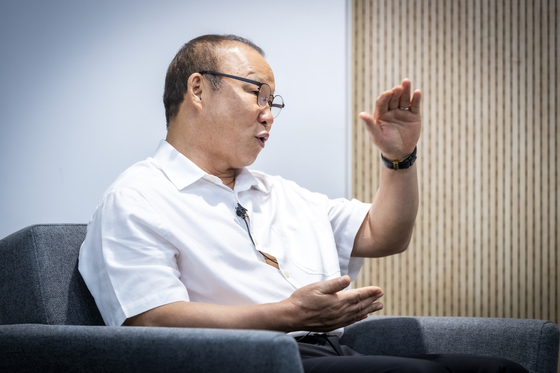 
You mentioned something about wanting to build a youth football school in Vietnam when you retire.

Vietnam does not have a great youth football system. There aren’t private football institutions like Korea and it isn’t like all professional clubs can foster young athletes. However in northern Hanoi, there is a big football training center called PVF. Because Vietnam is a geographically long country, I think it would be good to create a base each in central and southern Vietnam. But it’s not easy to build football training centers as a foreigner without local support. Maybe it could be possible with the help of Vietnamese companies.


What does ‘Vietnam’ mean to you?


A place I love. The Vietnamese people sent me so much support even when the team was not playing its best. I also met great athletes and staff here. Vietnam is a country that I have come to love, a country that I don’t think I will be able to forget and where I reached the zenith of my life.

Wolves tear through Liverpool in dramatic 3-0 win at Molineux

[VIDEO] Muhammad Taqi on being a VAR at Qatar 2022