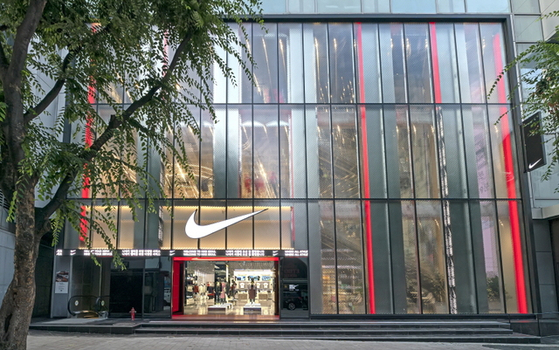 
Nike Korea went into the red in its 2021 fiscal year, but sales were up.

Nike Korea reported a net loss of 6 billion won ($5.4 million) for the year starting in June 2020 and ending last May, compared to a 30.6 billion won net profit the previous year. Sales were 1.45 trillion won, up 12.3 percent, according to a financial filing Tuesday.

The Korean unit of the global sports brand benefited from the popularity of sportswear during the Covid-19 pandemic, as demand for comfortable clothing increased.

Nike Korea’s net loss was partly due to an increase in marketing and administrative expenses, which jumped 13 percent on year to 208.5 billion won.

The Korean unit of Nike was established in 2010.

The company reported its earnings for the first time in a decade after a Korean law requiring limited liability companies with more than 50 billion won in annual sales to undergo external audits starting this year.