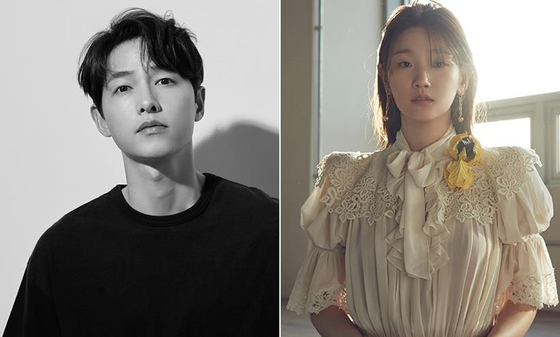 The festival committee announced the news Thursday, revealing that the two actors will host the opening ceremony on Oct. 6 at the Busan Cinema Center.

Song debuted on screen through the 2008 film “A Frozen Flower.”

He is currently reported to be filming for upcoming film “Bogota.”

Park debuted through a 2013 independent film “Steel Cold Winter” and won numerous awards for her unique presence in “The Priests” (2015). Her latest achievements include featuring as Ki-jung, the youngest daughter of the family that lives in a semi-basement apartment in director Bong Joon-ho’s Oscar-winning “Parasite.”

Actor Song Joong-ki's agency confirms he is in a relationship