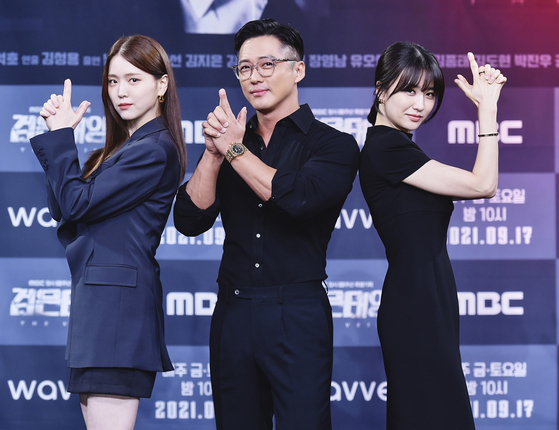 From left, actors Kim Ji-eun, Nam Koong-min and Park Ha-seon pose for a photo at an online press event for MBC drama series “The Veil” on Thursday. The series centers around an elite intelligence agent Han Ji-hyeok (played by Nam) who lost his memory and returns to his organization to uncover a conspiracy plotted against him. The series begins airing at 10 p.m. Friday. [MBC]

Seeing through a platinum mirage

Seeing through a platinum mirage (KOR)