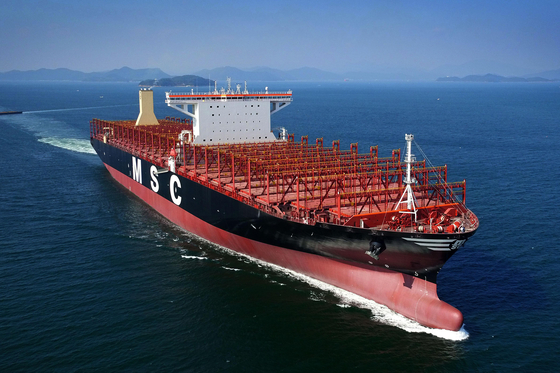 
Korea's three major shipbuilders have surpassed their targets for ship orders this year.

Delays in ship orders last year due to Covid-19 pandemic and a rise in demand for marine transport are pushing up orders for new ships.

Among the three, SHI was the last to reach its annual target for orders.

SHI reported on Sept. 16 that it won orders for container vessels worth 841.2 billion won ($750 million) from a European shipping company.

Its total amount of contracts for this year is $7.8 billion, which is 110 percent of its $7.1 billion ship order target.

But SHI still hasn’t reached its total order target of $9.1 billion for this year, which includes non-ships such as floating offshore structures.

The company “believes it can surpass the $9.1 billion goal as it is in talks with Russian contractors to build ice-breaking LNG carriers and ice-resistant LNG carriers to transport the LNG to be produced in northern Siberia of Russia,” said a spokesperson for SHI.

The company has bagged $19.4 billion in orders, 130 percent of its annual target, including 64 container vessels and three offshore plants.

It was the first time DSME surpassed its annual target since 2014.

It has orders for 16 container vessels and 11 Very Large Crude-Oil Carriers.

“Orders that were delayed last year due to Covid-19 are being placed this year,” said an industry insider who asked for anonymity. “A rise in demand for marine transportation is also raising demand for ships. We expect high demand for ships to continue next year, as shipping companies are required by international regulations to switch to eco-friendly vessels.”

Despite fat order books, shipbuilders said their earnings are being squeezed by steel plate prices.

Steel plate typically accounts for around 20 percent of the total cost of a ship.

The price of steel plate rose due to a rise in iron ore prices, which almost doubled this year compared to last year.

The “steel plate price is expected to be adjusted in the near future, as iron ore prices are rapidly being adjusted,” said Lee Hak-moo, an analyst at Mirae Asset Securities Research.

Shipbuilders look toward a future of greener vessels and robot ships