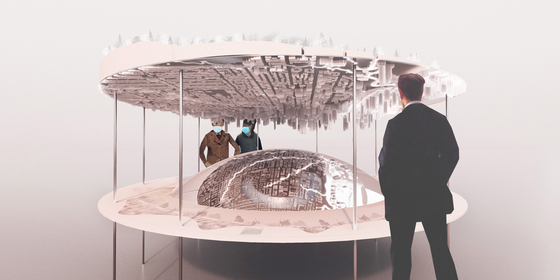 “Beneath the City: Rivers” by Gambjts has viewers focus on a mirrored half-sphere that reflects an upside-down city. It sheds light on the hidden waterways of Toronto, and proposes their excavation and embankment to commit to establishing resilient urbanism. [SEOUL BIENNALE OF ARCHITECTURE AND URBANISM]


In the pandemic era, resiliency has become a crucial topic of discussion for cities, leaving architects pondering a philosophical question, “can we be certain of anything?”

The Seoul Biennale of Architecture and Urbanism 2021, hosted by the Seoul Metropolitan Government, embarked on its journey to build a better city starting Sept. 16, and will continue until Oct. 31. 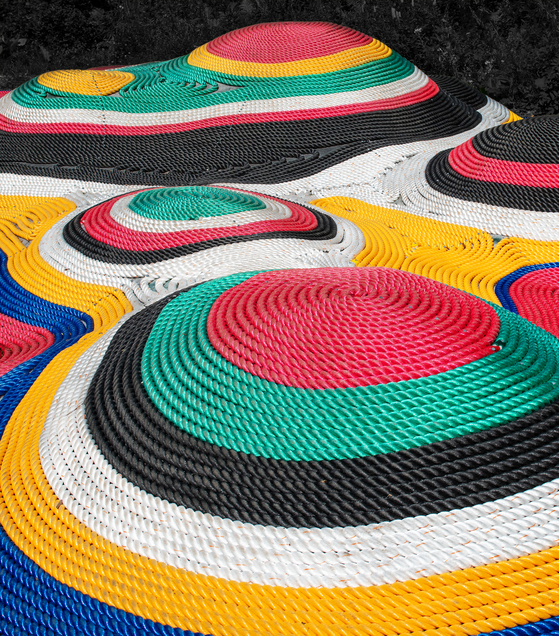 ″Augmented Depiction″ by SoomeenHahm Design shows the geometrical structure of interwoven colorful ropes. Although this piece was made using digital technology, it aims to provide analog experiences. [SEOUL BIENNALE OF ARCHITECTURE AND URBANISM]


This year’s third edition of the biennale is held under the theme “Crossroads, Building the Resilient City.” More than 190 artists in 112 cities all around the world are participating to contemplate on the future of cities. The event aims to address the challenges cities are facing in the pandemic era as well as global issues such as climate change and pollution.

It is being held in various venues in central Seoul — at the Dongdaemun Design Plaza (DDP), Seoul Hall of Urbanism and Architecture and Sewoon Plaza. 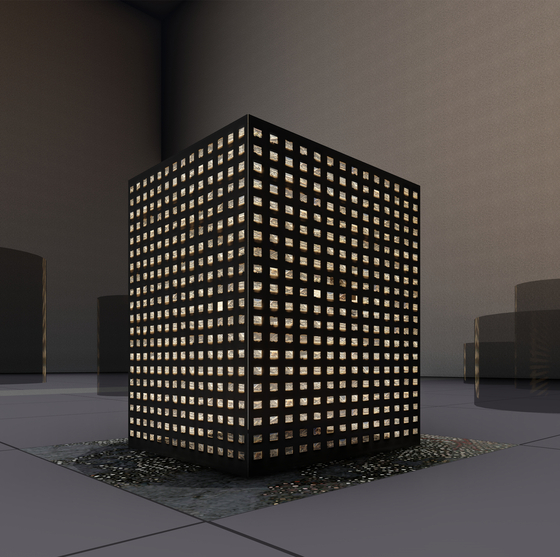 ″Le Lantern″ by Emre Arolat Architecture took ten years to make, and enlightens viewers with a separate story for every picture in each hole. [SEOUL BIENNALE OF ARCHITECTURE AND URBANISM]


During the online opening ceremony held on Sept. 16, Dominique Perrault, the general director of the biennale, explained that this year’s event stemmed from the question, “Where are we going to live [in the future]?” and “How will the structures, which accommodate all populations, become resilient?” Perrault is a French architect who worked on numerous large-scale projects including the inauguration of the new campus of Ewha Womans University, for which he won the Seoul Metropolitan Architecture Award in 2008.

With “Crossroads,” the biennale pursues sustainability, as shown in its “Cities Exhibition” which is divided into five different topics, each of which attempt to provide a new insight among two fairly opposite elements: “Above/Below,” “Heritage/Modern,” “Craft/Digital,” “Natural/Artificial” and “Safe/Risk.” The “Cities Exhibition” is one of the three main exhibitions of the biennale. 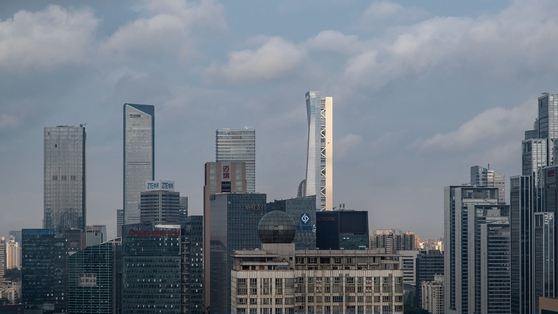 ″A Tale of Three Cities″ by Thom Mayne of Morphosis Architects attempts to portray three types of Chinese infrastructure, looking into the country's future. [SEOUL BIENNALE OF ARCHITECTURE AND URBANISM]

One example is “Beneath the City: Rivers” by Gambjts, a team of artists based in Toronto. This piece has viewers focus on a mirrored half-sphere that reflects an upside-down city. It sheds light on the hidden waterways of Toronto, and proposes their excavation and embankment to commit to establishing resilient urbanism. 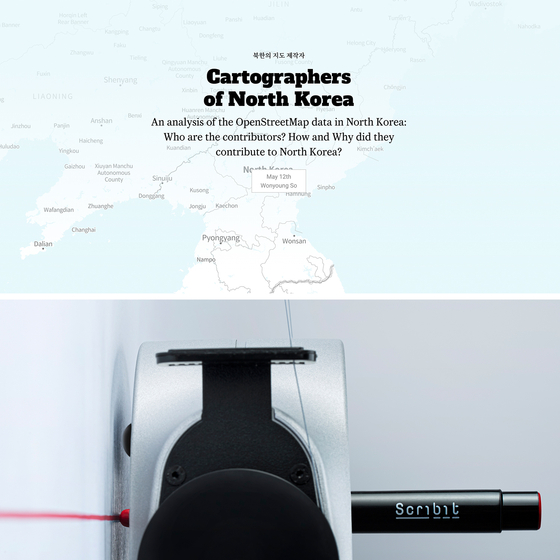 ″Cartographers of North Korea″ by Carlo Ratti Associati + Scribit + Wonyoung So is a cartography piece that has visualized the map of North Korea, using sensors, big data and Internet of Things. It uses Scribit, a robot that draws any inputted data. [SEOUL BIENNALE OF ARCHITECTURE AND URBANISM] 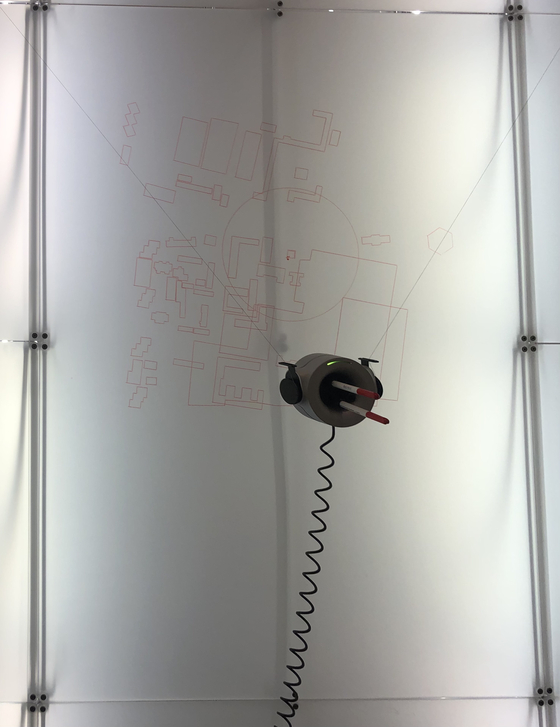 Scribit is shown here drawing a map at the biennale. [SHIN MIN-HEE]

'Rendez-Vous' at the DDP