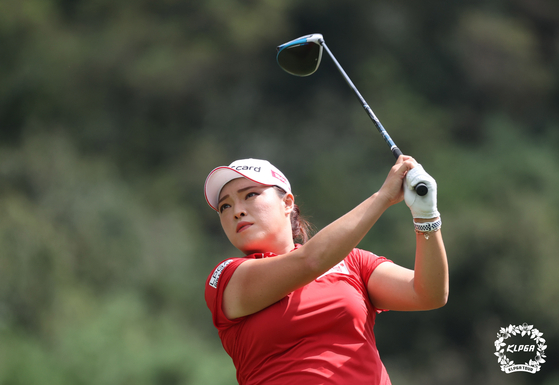 Jang Ha-na tees off at the OKSavingsBank Se Ri Pak Invitational at Sejong Silkriver in Sejong, Cheongju on Sunday. [NEWS1]


The KLPGA Tour is trying something new this week as Korean celebrities tee off with KLPGA golfers at the Elcru-TV Chosun Pro Celebrity 2021 tournament at Island Country Club in Ansan, Gyeonggi on Friday.

A pro-celebrity tournament is a new initiative for the Tour, and a total of 108 KLPGA golfers are turning out in the hope of becoming the first champion of the inaugural event.

Kwak Bo-mi, who won her first-ever KLPGA tournament at the Kyochon Honey Ladies Open at Island Country Club in May, will be looking to repeat her success on the course alongside Jang Ha-na, the title holder from the KLPGA major KB Star Championship, who will be looking for her third victory of the season. Jang also has experience winning on the course, at the BC Card Hankyung Ladies Cup in 2015.

"I have experience winning on the course in 2015, but that doesn't mean that I can relax," said Jang. "This time, the tournament is played in a completely new format. Though the format might feel unfamiliar, I think I will enjoy the novelty of it." 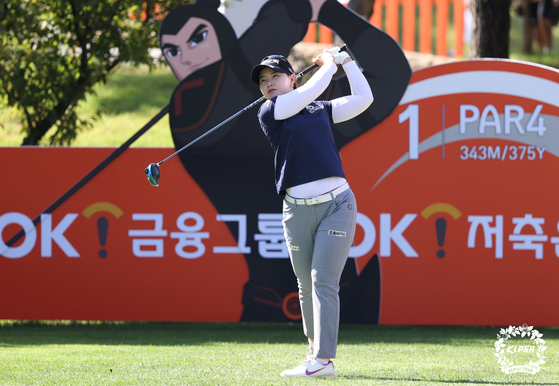 Lim Hee-jeong tees off at the OKSavingsBank Se Ri Pak Invitational at Sejong Silkriver in Sejong, Cheongju on Sunday. [NEWS1]


Other KLPGA favorites like Lim Hee-jeong, Choi Hye-jin, Ji Han-sol and Lee Ga-young will join Jang in vying for the prize.

The Elcru-TV Chosun Pro Celebrity 2021 will be played in a three-day format. Unlike other pro-am tournaments, only the KLPGA golfers will play the first two rounds, then the top 60 golfers who will make the cut will be joined by sports stars like former basketball player and coach Hur Jae, former baseball player Lee Seung-yuop and former football player Lee Dong-gook, alongside entertainers like Tak Jae-hoon and singer Im Chang-jung.

The last day will be played in a best-ball format where the two KLPGA golfers and one celebrity player make a team and each player plays their own ball, with the best score on each hole becoming the team's score. Celebrity players will be given handicaps on eight predetermined holes, and thus will be able to subtract one stroke for those holes. For example, if the celebrity birdies the hole, it will be carded as an eagle.