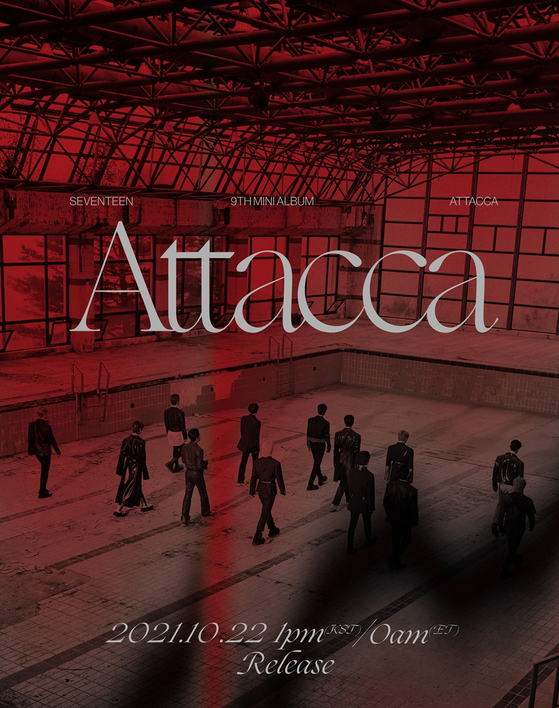 
Boy band Seventeen is gearing up to drop its ninth EP “Attacca” next month. The band’s agency Pledis announced the news on Friday along with a teaser image of the members walking inside what looks like an abandoned swimming pool.

“Attacca” is the third part of the group’s “Power of Love” project, which reveals songs that talk about different types of love. The first was “Bittersweet” released by members Wonwoo and Mingyu featuring singer Lee Hi, followed by Seventeen’s eighth EP “Your Choice,” released in June.