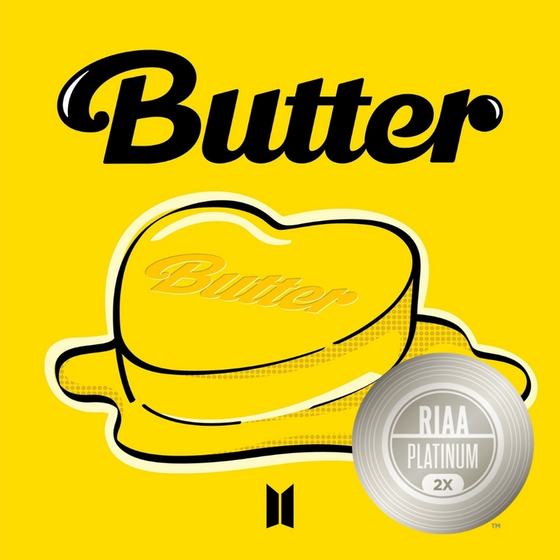 With the feat, BTS has the most certifications for a Korean act, with five platinums for the albums “Love Yourself: Answer” and “Map of the Soul: 7” as well as singles “MIC Drop,” “Idol” and "Boy With Luv" featuring Halsey. "Butter" is BTS’s second single to earn double platinum after "Dynamite," which was certified in March.

Meanwhile, BTS released the official lyric video for their collaborative single “My Universe!” with Coldplay on Friday. It was viewed more than 300,000 times just two hours after its release.