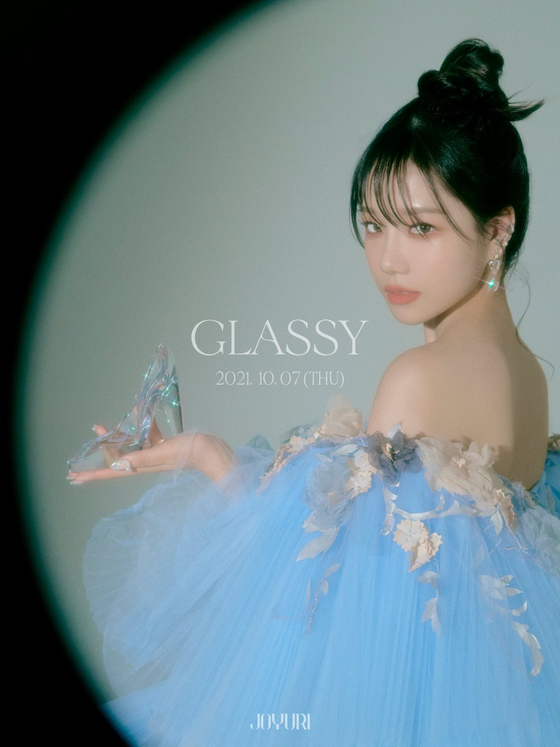 
Jo Yu-ri, a former member of IZ*ONE is set to make her solo debut. Her agency Wakeone announced Friday that the singer will be dropping her first solo single “Glassy” on Oct. 7.

In the teaser photograph for the upcoming song, Jo is donned in a Cinderella dress, holding a glass slipper in her hand.

“Glassy” has “colorfully captured the charm of Jo Yu-ri, who is taking the first step from being a main vocalist of the girl group IZ*ONE to a solo artist,” said the agency. “'Glassy’ is a dance-pop track with a lively and catch melody topped with the singer’s charming voice.”

Jo has also just released a duet track “Autumn Box” with Lee Seok-hoon of SG Wannabe on Sept. 23. Upon its release, it landed at the top of a music chart Bug’s real-time chart.