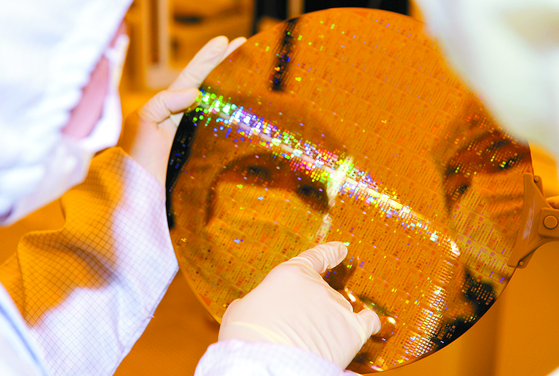 
Smartphone, display and chip manufacturers flourished in the past year, but their prospects may be dimming.

Semiconductor manufacturers have posted good earnings on strong chip demand and good pricing. Display companies benefited from the rise in demand for TVs and monitors as many stayed home during the pandemic, and the smartphone market also thrived, with the number of smartphone units sold worldwide rising 22 percent on year in the January-June period.

Next quarter may not be so good for these businesses.

Stockpiling of memory-chips inventories could translate into lower demand and prices.

“Rather than a sharp decrease in memory-chip prices or a long-term slump, we expect price adjustments to be gradually made between the fourth quarter and second quarter next year,” said Lee Jae-yoon, an analyst at Yuanta Securities.

With the Delta variant, surging Covid-19 cases disrupting factories abroad could be another factor.

Factories in Hanoi and Ho Chi Minh City, Vietnam have been operating at 30 percent capacity due to a lockdown imposed in July. The lockdown has hurt many manufacturers, with the Samsung Electronics home appliance factory in the Saigon Hi-Tech Park, Ho Chi Minh City, operating with a reduced number of workers. In June, Vietnam’s Bac Giang provincial government ordered the shutdown of large industrial complexes where more than 100 Korean companies are located.

Smartphone makers have had a hard time meeting demand due to a shortage of parts, such as DDIC chips, and another shutdown of factories abroad could make matters worse. Fewer electronic products and smartphones being made would further reduce demand for chips, starting a vicious cycle for the industry.

The Galaxy Z Fold 3 and Flip 3 foldables will be the sole competitors to go against the iPhone13 series until the introduction of Galaxy S22, expected in January next year.

Liquid-crystal display (LCD) panel prices rose due to surging demand for TVs and monitors, but the price increase has come to an end. Rising through July and September, panel prices are tumbling.

“The price of LCD TVs and monitors will continue to fall until November, and will decline quickly in 2022,” said Kim Un-ho, an analyst at IBK Investment & Securities.

Chinese manufacturers, such as Beijing’s BOE Technology, tapping into the small- to mid-sized OLED market is another threat, possibly taking local company share in the market.

Samsung Display’s market share in small-and-mid-sized OLEDs went from 93.3 percent in 2018 to 73 percent in the second quarter, according to market tracker UBI Research. The figure is projected to further dip below 60 percent next year due to the rise of Chinese products.