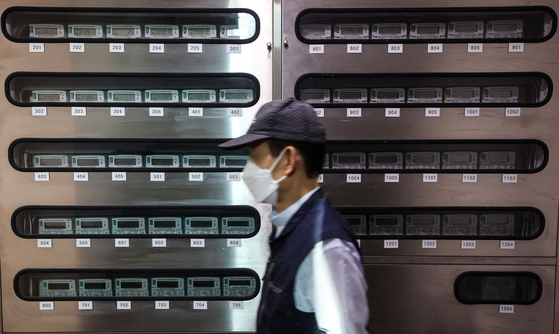 A man walks by electric meters at an apartment complex in Seoul on Sept. 23. The government announced electricity price rise for the first time in eight years. [YONHAP]


Recent hikes in the prices of electricity, milk and possibly in gas and public transportation are likely to fuel inflation by the end of this year.

Electricity prices rose recently for the first time in eight years and it looks like other public services will be raising their rates in the coming days, starting with gas.

“We have handed in files to the Ministry of Economy and Finance demanding an increase in gas prices in November,” an official at the Ministry of Trade, Industry and Energy told the JoongAng Ilbo. “The cost of liquefied natural gas [LNG] has been rising at a steeper rate than ever and it’s hard for us to keep up [at this price].”

This would be the first hike since the government decreased gas prices in July 2020. Gas prices were lowered 11.2 percent for residential use and 12.7 percent for other uses.

According to the Korea Gas Corporation (Kogas), 80 percent of gas prices go to paying for raw materials. The LNG Japan Korea Marker (JKM), the benchmark price for LNG prices in Northeastern Asia, was $2.56 per 1 million British thermal unit (BTU) in July. It rose over 10 times this month, hitting $27.49 as of Sept. 24.

LNG prices have seen a steep rise due to decreased supply and a surge in demand for natural resources.

Train and subway fares may also rise. The Korea Railroad Corporation (Korail) stated recently that “railroad management needs to be realized.” In Korea, the word "realization" is a euphemism for a fee increase, as was the case for KBS. KBS has been pushing for an increase in license fees this year, saying that license fees need to be "realized."

The Korea Expressway Corporation (EX) is also expected to ask the government to raise expressway tolls. They have not been raised in six years: the last increase was 4.7 percent in 2015. 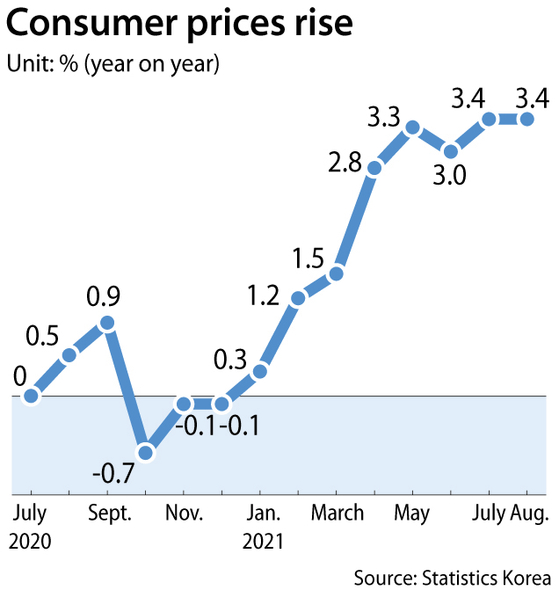 Other prices that may also see rises include bus fares, water and sewage fees and the cost of garbage bags.

The Korea Power Corporation (Kepco) recently raised electricity prices for the fourth quarter by 3 won per kilowatt hour, but they may rise again next year. The environmental charge is expected to rise next year, which will result in higher electric bills. Environmental charges are the cost incurred by energy corporations to produce environmentally-friendly and clean energy.

Rising prices of real estate and rents may also have an influence. According to the Korea Real Estate Board, jeonse prices rose by 0.63 percent in August compared to the previous month. That was higher than the 0.59 percent on-month increase in July.

Consumer prices have been rising by more than 2 percent on year each month since April, according to Statistics Korea. The prices of 141 items frequently purchased by consumers rose by 3.4 percent compared to last year in both July and August, the highest rates of increase this year.

Last year, the government predicted the annual consumer price increase for this year to be 1.8 percent. But the January-to-August rate has already surpassed 2 percent and it’s not likely that prices will drop in the remaining months.

“It’s likely that the [consumer price increase rate] will be at the 2-percent level,” said Joo Won, a senior researcher at the Hyundai Research Institute. “It’s highly possible that the annual increase rate will be higher than 2 percent.”

Everyone can't wait for days of 'With Corona'