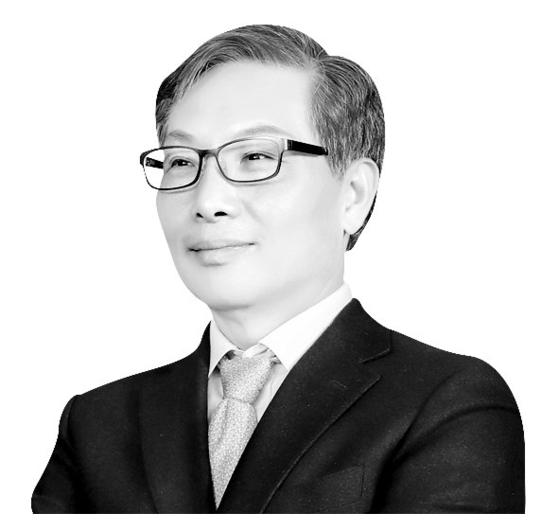 Choi Byung-il
The author, a former professor at the Ewha Womans University Graduate School of International Studies, is secretary general of the Korea Foundation for Advanced Studies.


April 27, 2008, Seoul. An Olympic torch relay event for the Beijing Summer Games was to be held in the capital of South Korea. But the event was met with an unexpected obstacle: violent clashes here and there between protesters of China’s oppression in Tibet and pro-China groups. In a tense standoff triggered by hurled insults, pro-Beijing loyalists started throwing empty bottles, stones and wooden bars at representatives of the other side. A photojournalist covering the tense moment was brought to the hospital immediately after he was hit by a sharp piece of wood on the forehead. Hundreds of Americans and Canadians wearing “Free Tibet” T-shirts on Seoul Square were encircled and beaten by the Chinese protestors. The Chinese attacked the anti-China groups waving the Tibetan and Taiwanese flags across the street, cursed at them, and used violence against them. Some Korean police officers were carried to the hospital by ambulance after they were injured in a skirmish with pro-China groups, most of whom were Chinese students studying in Korea.

What happened in Seoul that day was a repeat of what had occurred in Canberra, Australia. The Olympic flame symbolizing peace and harmony was encountered by protestors for Tibet and Chinese waving the red flag with five stars. Infuriated by anti-China slogans, the Chinese protestors marched to the Parliament of Australia to threaten a legitimate and peaceful rally by others.

Now that the pandemic-plagued Tokyo Olympics are over, the world faces another Olympiad in less than five months. The 2022 Beijing Winter Games starts from February 4, China’s second Olympics after the 2008 Beijing Games. If the first Olympics offered the country a chance to brag about its rise as an economic power, the second is designed to show off the supremacy of China’s ruling system led by the Communist Party of China (CPC). The Beijing Winter Games is the biggest sports event staged ahead of President Xi Jinping’s bid for a third term next fall.

China is more concerned about a diplomatic confrontation than Covid-19 after political leaders in Europe and the U.S. attempted to partially boycott the 2022 Beijing Olympics by not sending their government delegations to the Games. After U.S. House Speaker Nancy Pelosi kindled the flame of resistance, the European Parliament and the British Parliament are following her lead as seen in their passage of resolutions banning the dispatching of their government representatives to the Beijing Games unless progress is made on human rights conditions in Hong Kong, Tibet and the Xinjiang Uygur Autonomous Region. The conflict over human rights for Xinjiang and Hong Kong will continue. A lack of government delegations in an Olympics will not affect the hosting of the Games. But if the Western world’s diplomatic pressure against China is coalesced, that’s a big headache for China. 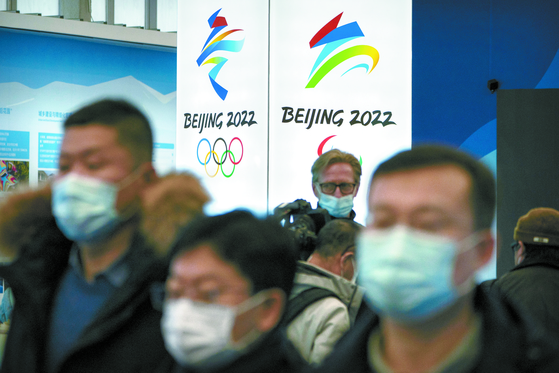 People wear face masks to protect against Covid-19 look at an exhibit at a visitors center at Winter Olympic venues in Yanqing on the outskirts of Beijing. Beijing Olympic organizers showed off the downhill skiing venue and the world’s longest bobsled and luge track last Friday, one year ahead of the opening of the 2022 Winter Games. [AP/YONHAP]

2021 and 2008 are starkly different. In 2008, the West was brimmed with generosity toward China. The international community criticized the Chinese people for using violence against their opponents just because they had different thoughts. Some people denounced China for its people’s attack on police officers of other countries. Yet, such animosity did not lead to a boycott of the Summer Games, as the West was still enchanted by China. For them, China was a significant trade partner and investment target. At the same time, Western countries were convinced that they could eventually change China through trade thanks to the overwhelming supremacy of democracy and market economy over the authoritarian system led by the CPC.

But in 2021, the West cannot afford such complacence. It has realized that its conviction that China will take a reformative path as it wishes was just wishful thinking. The West’s plan to change China by pulling it into the world economy has failed. Instead, Western countries confronted an ironic situation in which the safety of their systems were jeopardized by the economic connections with China amid the Covid-19 pandemic. The unusual confusion and chaos in the West following the outbreak showed the relative strength of China’s authoritarian system over the West’s democracy. Western countries suddenly woke up from their illusions about China. The thought that the violence the pro-Beijing demonstrators used against opponents in 2008 could be the essence of China — not a target for enlightenment — have started to permeate the mainstream of the Western society.

No room for complacence

The CPC has emerged at the forefront of the Chinese economy since China celebrated the centennial on July 1 of the CPC. China’s Big Tech companies — once the flagbearers of the digital revolution in China — are being challenged by the Communist Party, which determines their fate. Their success in the domestic market increasingly depends on the mercy of the CPC. Foreign enterprises are no exception. As the China risk has become a constant — not a variable — the West has no more room for composure. The era in which western countries could temporarily put political differences aside for economic gains is over. The era dominated by the unfettered pursuit of efficiency by the West regardless of political disparities is doomed, as unequivocally confirmed by the Technology Alliance led by U.S. President Joe Biden.

How can Korea create a dynamic economy amid the tense Sino-U.S. contest for global power? That’s the biggest challenge for the next administration in Korea. According to Kim Se-jik, a professor of economics at Seoul National University, the Korean economy will enter a phase of zero growth next year when a new administration is inaugurated. Based on his theory on “one percent decrease in growth rate every five years,” he argues that 2022 is the starting year for the five-year cycle. He claims that the economy cannot avoid the cycle even if the pandemic is addressed. Massive layoffs, early retirement, and serious unemployment will certainly follow, he asserts.

A deficiency of growth brings a lot of trouble for a government. Even if it wants to create jobs and rescue the jobless, its scanty state coffers cannot handle it. The change in China and the change in the West’s perception and strategy toward China affects Korea. Korea must reestablish its relations with China, its largest trade partner. The 20-year paradigm for Korea’s manufacturing sector based on “investments in China for exports to the rest of the world” can hardly be sustained. Unless the Korean economy adapts to the sweeping changes, it can be pushed over the edge.

Candidates with no vision

The calendar to Beijing 2022 overlaps the calendar to Korea’s Mar. 9 presidential election. Despite a number of candidates running for president, they are all engrossed with domestic issues — without any future-oriented visions for Korea to survive and prosper amid the tense U.S.-China rivalry. Here, the biggest question is what China means for Korea. Unfortunately, Korean governments, conservative or liberal, have shown a timid reaction to China. It hurriedly pushed for a free trade agreement (FTA) with China, but could not properly protest Beijing’s economic retaliation against Seoul’s decision to deploy the U.S. Thaad missile defense system. Even when Chinese President Xi Jinping distorted history and described Korea as a “part of China” in the ancient days in his first summit with Donald Trump, the Moon Jae-in administration did not release any official statement to refute Xi’s remarks. The more the Korean government behaves like China’s doormat, the more China will behave in a condescending way.

Before deciding to participate in the 1950-53 Korean War, Chinese leader Mao Zedong famously said, “If the U.S. drops an atomic bomb, you must counter it with grenades. Dismissing America as a paper tiger is only a strategy. She is a real tiger.” Even if it becomes an underdog, China reacts in an unimaginable way. At the center are strategic deception and propaganda offensives. If a people has a leader who blindly believes what another leader says on the international stage where national interest clashes, the people are unfortunate. If someone says respect for China is embedded in Koreans’ DNA, the diagnosis is wrong. Korea is totally different from China, as it achieved economic development and political democratization at the same time. Period.

‘Beijing is where everything changed for me’

Why the young generation dislikes China

One of the worst Olympics