Products, props and costumes that appear in “Squid Game” are becoming popular in the real world.

“Squid Game” is a dark and brutal absurdist series about a group of people on a secluded island playing kids games. The winner takes home a 45.6 billion won ($38 million) prize and everyone else is killed.

The series, which was released on Sept. 17 and stars Lee Jung-jae and Park Hae-soo, became the top rated Netflix show in the U.S.

Fans have been buying up marbles, as one of the life-and-death games in the series involves marbles.

On Auction, an eBay Korea e-commerce site, sales of marbles jumped 860 percent for the week from Sept. 17 through Sept. 23 compared to the same period a month earlier. 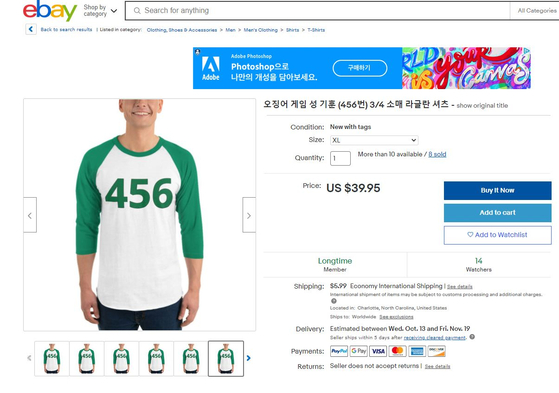 
Tracksuit sales are also up.

In the series, the participants wear green tracksuits, the garb both childlike and an eerie allusion to prison uniforms. Sales of tracksuits were up 188 percent on Auction over the same period.

Forty marbles sell for 27,700 won, while tracksuits similar to those worn by the game players and their supervisors go for almost 30,000 won.


Some sellers on Auction are aiming to market the athletic clothing as Halloween costumes. 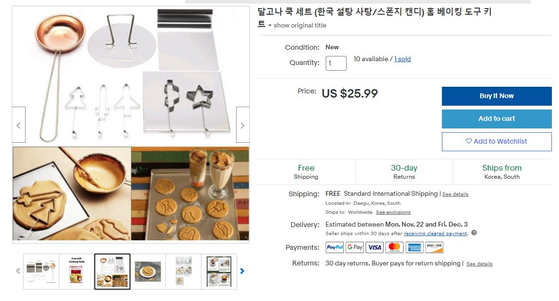 
Dalgona, a retro candy made by mixing melted sugar and baking soda, is also featured on the show, and clips of people making it have appeared on social media sites.

Simple aluminum lunch boxes like those used by the doomed contestants on “Squid Game” have been selling on eBay in the United States for $40. A Dalgona kit, complete with a cooking ladle, spatula, plate, cutter and baking soda, is going for $26.

On Auction in Korea, an aluminum lunch box is sold for less than 10,000 won, while Dalgona kits with similar items are priced at a little above 10,000 won.

On eBay, a shirt with a number 456 goes for $46, including shipping. The main character played by Lee Jung-jae has that number on his clothing.

While drinking soju in “Squid Game,” some of the characters munch on uncooked ramyeon from Samyang Foods.

“Though the number of hashtags on social media slightly increased, we have not yet seen a dramatic sales increase of our instant ramyeon,” said a spokesperson for Samyang Foods.