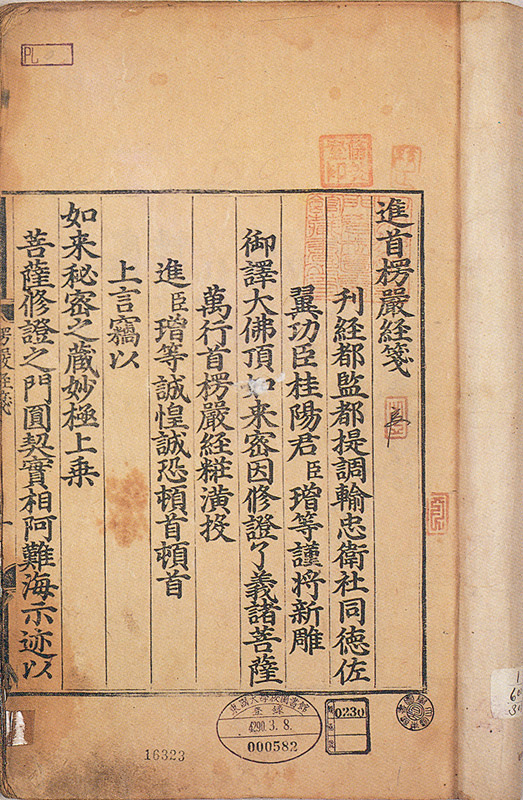 Name: Shurangama Sutra (The Sutra of the Heroic One), Korean translation

The main idea of the book is that one can gain power through directly experiencing the teachings of Buddha, rather than just understanding them. This is one of the core scriptures for Buddhist monks during the process of their training.

This book contains the version translated by Banjamilje of the Tang Dynasty of China and translated by Gye Hwan. The ten volumes of the book were produced by woodblock printing in 1462. The book is 22 centimeters (0.72 feet) long and 35.7 centimeters wide. It was produced one year after the government press center to print the Korean translation of the Buddhist scriptures was established in the 7th year of King Sejo.

Among the books published during this period, this is the only set found in its complete form. As the first Korean commentary published by the government press center, this book provided guidance for many other Korean editions published thereafter. In particular, the compilation system it introduced and the way it mixed letters of various different sizes set a standard for many years to follow.

The photo and text for National Treasure are provided by the Cultural Heritage Administration. For more information, call (042) 481-4650 or visit www.cha.go.kr.