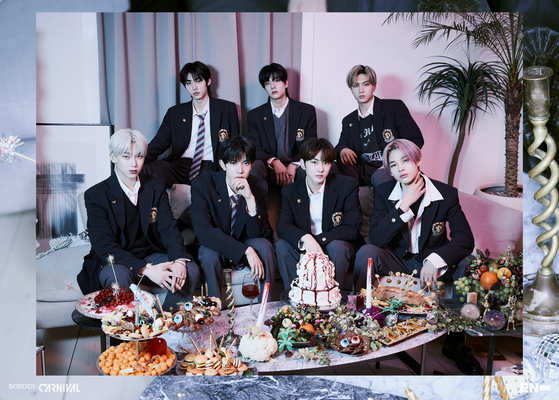 CJ ENM and entertainment agency HYBE joined hands once again to recruit future girl group members from Monday, after it did so to form boy band Enhypen, above, which debuted in November. [BELIFT LAB]

For this audition, any female from any country born after Jan. 1 in 2000 and before Dec. 31 in 2009 can apply until midnight of Oct. 10 through Belift Lab’s website, www.beliftlab.com.

Those interested need to file an application online and also submit a photo of themselves, as well as videos introducing themselves and showing off their talents. Applicants can choose among three categories: vocal, dance and rap.

The application is available in four different languages which are Korean, English, Japanese and Chinese. Those who were chosen in the first round will be contacted individually and will be asked to do a video audition between Oct. 24 and Nov. 21. The video auditions will be available in seven different regions; Korea, Japan, Thailand, Vietnam, Taiwan, the United States and Australia. Those who pass will move on to the third round for more in-depth auditions.