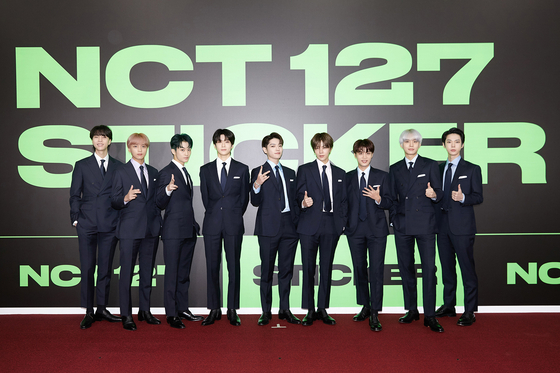 
Boy band NCT 127's new album “Sticker” made it to the third slot on Billboard’s album chart, according to the U.S. music chart Sunday.

The band’s third-place ranking on the Billboard 200 for its third full-length album is the highest the band has ever climbed on this particular chart.
NCT 127 is now the fourth Korean artist to have made it into the top three on the chart, following the footsteps of BTS, SuperM and Blackpink.

"Sticker" is the fourth album the band has put on the same chart, since it first entered the scene with its first full-length album titled “NCT #127 Regular-Irregular” in 2018 in 86th place. Then it continued to climb up the chart by putting its fourth EP “NCT #127 We Are Superhuman” in 11th place in 2019, and its second regular album “NCT #127 Neo Zone” made it to fifth place last year.