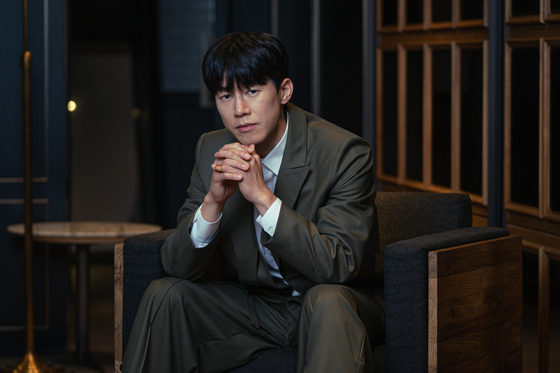 
An unknown caller identifies himself as a friend of your husband’s who is a lawyer.

He informs you that you must urgently come up with 70 million won ($59,500) to settle an accident that your husband caused at his place of work.

You call your husband but he is unavailable so you decide to transfer the money to the account of the mysterious caller.

It turns out to be a voice phishing scam, and after you realize your money is gone, the caller tauntingly calls you again to tell you that the money will be put to good use.

In the crime action film “On the Line,” released on Sept. 15, one of the victims of this particular scam uses his exceptional sleuthing skills from his days as a police detective to infiltrate into the center of a massive crime ring in China.

Han Seo-joon (played by actor Byun Yo-han), plays the victim turned vigilante who attempts to recover 3 billion won worth of stolen money. It turns that not only his wife, but all of his co-workers at a construction site lost their money in the same voice phishing scam.

While Seo-joon's heroism is admirable, it's actor Kim Moo-yul who portrays Kwak, the villainous mastermind behind the crime ring, that will captivate audiences. Kwak is at the center of the massive criminal web that collects the personal information of would-be victims and meticulously plans the methods to send, exchange and collect the victim’s money all the while avoiding police detection.

Kwak also makes the calls and plays into the hopes and nightmares of the victims to elicit the results he wants. As he makes the calls, he adapts his voice to portray a police detective, a finance worker, a bank worker or an insurance agent in a bid to con whoever answers his calls. Kwak is not only money-crazed but actually finds delight in the suffering of his victims. 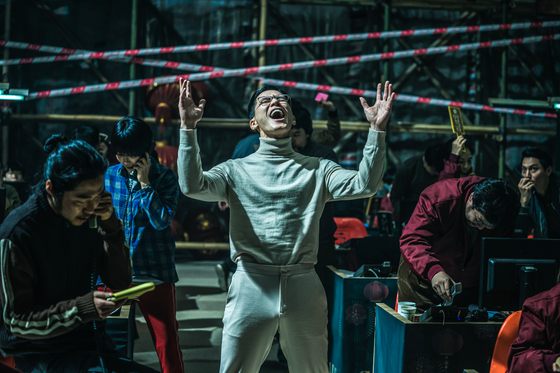 Actor Kim Moo-yul portrays the mastermind of a voice phishing crime organization in China, only known by his surname Kwak in the film "On the Line." [CJ ENM]


During a recent online interview, Kim told the press he did not relate to his character in any way, but that there was a real person that he had based the character of Kwak on.

“I cannot pinpoint exactly who, but [the model] is someone that any citizen of Korea would be enraged by,” Kim said.

“Because it was difficult to sympathize with Kwak, the pressure of the role was bigger than other films,” Kim said. “When I first got the script I was oblivious to this type of crime — I did not know the scale of such crimes was this big or so highly organized, and I thought the cost of damage was a bit exaggerated. I deliberated a lot about how to bring Kwak to life. Although he is a fictitious character, this crime is real and we have based the film on real cases and research.

“However, I think the role was also full of possibilities because it walked the line between fiction and reality. It was one of the films that I spent the most time discussing the character with the directors, going through every line and asking them about their intention when they were writing his lines. I would suggest my ideas, and they would give me their ideas, and the discussion went on and on until the day before the shooting began. We would also input new ideas or inspirations we had on the set, and overall it was a very free and interactive process. So even though it was difficult to relate to Kwak, I felt a sense of achievement to have been able to pull him off.”

Kwak’s wardrobe particularly stands out amid the maroon uniforms that rest of the workers at the voice phishing call center wear. With his hair carefully slicked back with products, Kwak wears gold-rimmed glasses, turtleneck sweaters and pristinely white slacks, but wears slippers while walking along the corridors. 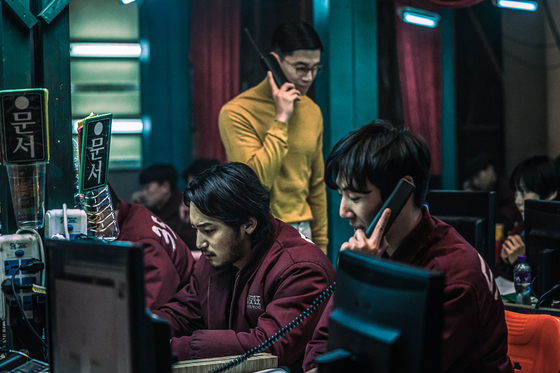 Kwak's choice of attire particularly stands out from the rest of the workers wearing maroon uniforms. [CJ ENM]


“[His choice of clothing] stemmed from the thought of how would the caller behind the phone look,” Kim explained. “They are criminals who research to forecast one, two, even three steps ahead of everything that the victims are thinking. As an analyst of sort, I thought he should look smart, and have a professional mindset that would be mirrored in his attire. Even though he might not wear a complete suit, I thought of him as someone who would be conscious of his position and influence. Since he and the rest of the workers eat, sleep and work at the center during operations, he would also want to be comfortable, so although he is groomed, he doesn't wear shoes. And when he’s voice phishing, he masks his voice so cunningly and is so crafty with words that he tricks the victims into believing that he is actually from an investigative or financial organization.” 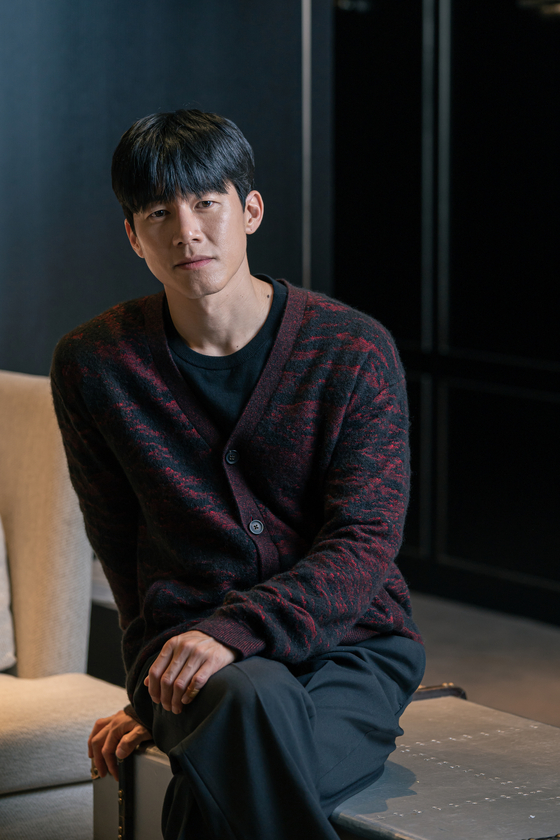 
Kim said that his experience with voice phishing affected the role as well.

“My mother had received a message impersonating me asking her to send money because my friend had gotten hurt,” he said. “She screen-captured the message and made sure that it wasn’t me. So we weren’t actually damaged by the crime. I asked her later what did she do with the message because I thought it might be better to keep it as evidence, but she said that she became so scared that she deleted it right away. It was at that moment that I felt close to this crime, to think that my personal information had leaked somewhere on the net to reach my mother. This event also motivated me to choose this film.”

Kim said that voice phishing is entirely based on empathy.

“There is a line that Kwak says, ‘Voice phishing is about empathy,’” Kim said. “I think it is a line which shows how terrible the crime is. I didn’t understand it at first, but the crime probes into the victims’ worst fears, or their hopes, digs into them to manipulate them. I think that line showed how voice phishing works.”