Paik Jong-won to feature in boozy new series on Netflix

Paik Jong-won to feature in boozy new series on Netflix 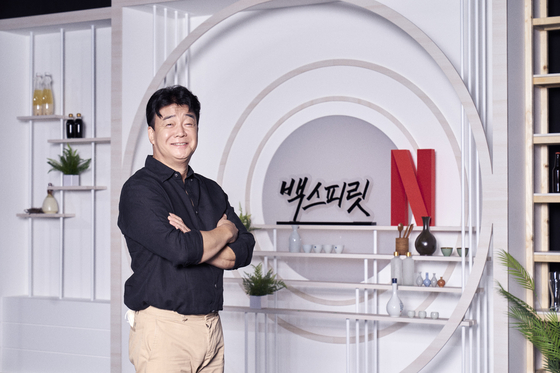 Restauranteur Paik Jong-won will be featured on a new show that will hit Netflix on Oct. 1. [YONHAP]


Restauranteur Paik Jong-won will have another entertainment show on alcoholic beverages this time with Netflix called “Paik’s Spirit.” The show will be released on Oct. 1.

The video platform had an online press conference on Monday to introduce what the new series is all about. Paik will meet a variety of celebrities and experts in different fields and enjoy a drink and chat with them. Actor Kim Hee-ae, singer Jay Park, TV producer Na Young-seok, and volleyball player Kim Yeon-koung are some of the guests Paik will have on his new show.

“In ‘Paik’s Spirit,’ there are stories, life and more, but I don’t remember much of it,” joked Paik, while adding that the idea to make the program came from eating and drinking with TV production staff.

“Alcoholic beverages are food to me. I think about drinks when I’m hungry. When I am reminded of some drinks, that is the signal that my body sends that I’m hungry.”

Through the program, he also wants to spread the word about Korean liquors to the world. Paik hopes the global community can know as much about Korean drinks as they know about Korean food.

Traditional booze can be sold online in Korea, even if it's très cool

A traditional Christmas shopping story with a Covid twist