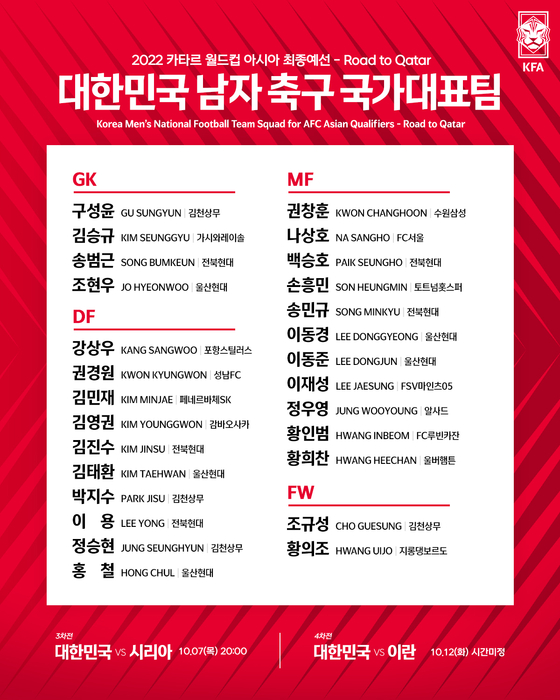 Paik, a product of the Barcelona academy, rejoined the K League this season after an unsuccessful European career. He hasn't been called up for national duty since 2019.

After a disappointing 0-0 draw with Iraq and 1-0 win over Lebanon, Bento has opted to leave the up-and-coming stars behind and focus on tried-and-tested Taeguk Warriors for the games against Syria on Oct. 7 and Iran on Oct. 12.

Jung Woo-young, who plays for Qatari side Al Sadd and is expected to act as the team's expert on Middle Eastern football, had to sit out the earlier games after somebody on his flight tested positive for Covid19. He will rejoin the team for the Syria match.