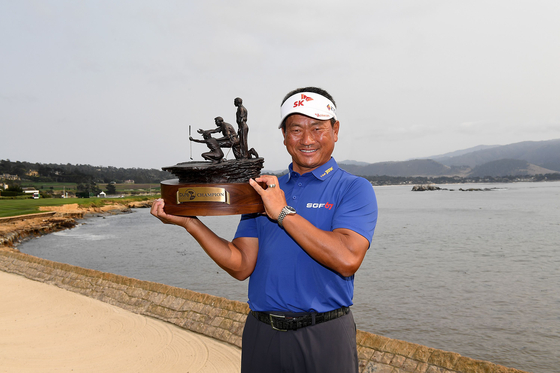 
The king of Korean golf is back.

K.J. Choi, the most successful Asian male golfer of all time, secured his first PGA Tour Champions title at the 2021 PURE Insurance Championship in Pebble Beach, California on Sunday, winning his first tournament during his rookie season on the senior tour.

Narrowly missing out on a win in the previous week at the Sanford International at Sioux Falls, South Dakota after a two-hole playoff against Darren Clarke of England, Choi carried that form into the first round on Friday with six birdies and one bogey.

On Saturday, he played a bogeyless second round with four birdies and headed into the last round at the top of the leaderboard with a two stroke lead. 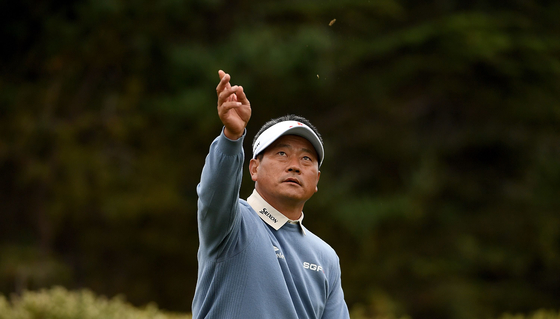 K.J. Choi checks the wind on the fifth hole during the first round of the PURE Insurance Championship at Spyglass Hill Golf Course on Friday in Pebble Beach, California. [AFP/YONHAP]


On the last day, Choi was on fire, birdying the par-5 second then puling off four consecutive birdies from the par-3 fifth to the par-4 eighth. Despite bogeying the par-5 14th, Choi held on to the lead until the very end to card a total score of 13-under-par, 203, and clinch his very first victory on the PGA Tour Champions, a senior branch of the PGA Tour for players over 50.

Sunday's victory was also Choi's first win in the United States in 10 years, four months and 11 days, putting an end to a winless streak since his 2011 Players Championship title.

The victory at Pebble Beach marks another high point in the 51-year-old's storied career.

Back in 2002, Choi won the Compaq Classic of New Orleans to become the first Korean ever to win on the PGA Tour. That victory was quickly followed by another title at the Tampa Bay Classic later that year. The rest is history: Choi piled up a total of eight PGA Tour titles and 10 international titles, most recently at the 2012 CJ Invitational hosted by Choi himself on the KPGA Tour.

After he underwent surgery in 2018 to remove a tumor in his thyroid, Choi missed out on playing golf for eight months but was soon back on the course and, since last year, Choi has been playing on both the PGA Tour and PGA Tour Champions. 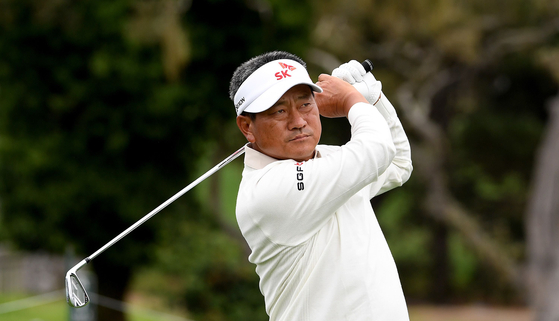 K.J. Choi hits his tee shot on the 17th hole of at Pebble Beach Golf Links during round two of the PURE Insurance Championship on Saturday in Pebble Beach, California. [AFP/YONHAP]


"[My] last win was 2011 Players and I wanted to get back to winning," Choi said after the tournament. "Pebble Beach is special and my dream is winning here. Every tournament, I want to do it and win, and this week is so exciting."

Despite his illustrious career, Choi says winning is never easy, and picking up your first victory on a new Tour is especially difficult.

"I realized that the Champions is not particularly easier than the PGA Tour," Choi said. "Winning the Champions title for the first time feels exactly like when I won my first PGA Tour title in 2002. Winning my first was always hard, I think that this victory is a good start."

Choi now heads to Korea to compete at the KPGA tournament that he himself hosts, the CJ Invitational that starts on Oct. 4 at Ferrum Golf at Yeoju, Gyeonggi.