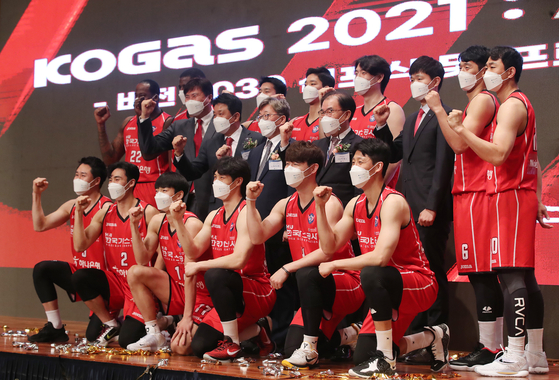 Daegu Kogas Pegasus staff and players pose for a photo at the inauguration of the new professional basketball team on Monday. [NEWS1]

Kogas acquired the Incheon Electroland Elephants in June and have rebuilt the club as the Daegu-based Pegasus. Daegu has been without a regional basketball team for a decade since the Orions moved their base to Goyang, Gyeonggi.

The Daegu Kogas Pegasus home stadium will be the Daegu Indoor Gymnasium and the mascot is a Pegasus.