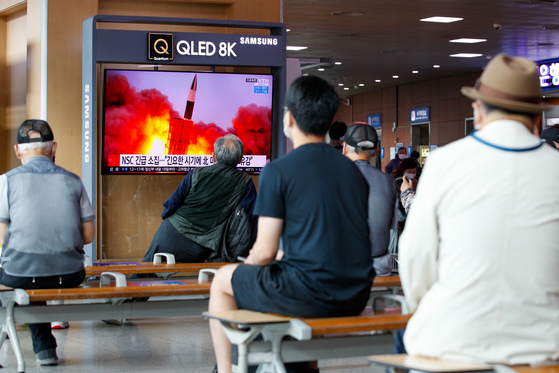 The JCS said that a projectile believed to be a short-range missile was fired eastward from Mupyong-ri in northern Jagang Province toward the east at around 6:40 a.m.

“The military is maintaining a readiness posture while closely monitoring related trends,” it added, with South Korean and the U.S. intelligence authorities, who are conducting further analysis.

This launch came days after Kim Yo-jong, the North Korean leader’s influential sister, said in a statement Saturday that Pyongyang could take steps to improve relations with Seoul, including an inter-Korean summit, if South Korea abandons its "hostility" and "double standards.”

South Korea convened an emergency meeting of its National Security Council (NSC) later Tuesday morning on how to respond, said the Blue House.

The NSC reviewed the North’s “situation and intentions” and “expressed regret at the launch at a time when stabilization of the Korean Peninsula situation is very important.”

The NSC “decided to closely consult with the United States and other relevant countries while closely monitoring North Korea's future trends,” according to the Blue House.

North's latest missile launch seems to have been big