How to win the game of life

How to win the game of life 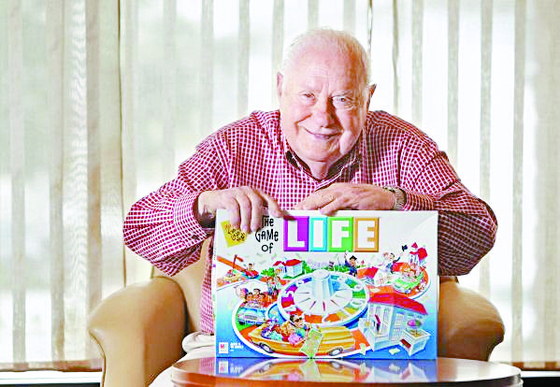 The New York Times ran a noteworthy obituary last week. Inventor and toy designer Klamer passed away at his San Diego residence on Sept. 14. His creations include the Starfleet phaser rifle on Star Trek and plastic hula hoops.

His most notable invention is the board game, The Game of Life. Since it was first presented at the New York Toy Fair in 1960, about 70 million units have been sold in 59 countries around the world.

It is the second-most sold board game ever, after Monopoly. Especially popular in Japan, The Game of Life has evolved to many versions over the past 50 years. From the moment you put your marker on the board, you decide whether to go to college or start a career. Once your occupation is determined, you spin the roulette and start the journey of life based on the number.

The end of the game is retirement. Winners and losers are determined based on how much each player earns through life after going through various unexpected situations. You may feel dispirited to play the game only to retire, and it can be uncomfortable to play the game with kids. The life of each profession is overly simplified, and the life of a person is evaluated by the size of their assets.

Klamer’s life was not as simple as the Game of Life. Born to a Romanian Jewish immigrant family in Ohio, his mother left when he was still young. He fought in the Pacific War, divorced twice, and the eldest of his three children died before him.

He created more than 200 toys and continued to invent until he was over the age of 90. In 2005, he was inducted into the Toy Industry Hall of Fame. He was proud until the last day that he was a working inventor. His friend and vice president of Hasbro George Burch said that Klamer was the winner of his own game of life.

In today’s real world, I often run into people who live like the markers on the Game of Life. They are busy turning the roulette for more assets. Those who I thought were chasing different values politically or academically, and their children, are no exception. Some are troubled and disgraced for using expedient measures, but it is hard to realize what went wrong in the middle of the game.

But a game is only a game. Having read the obituary of the creator of the Game of Life, the most important thing I learnt was that life is not a game.