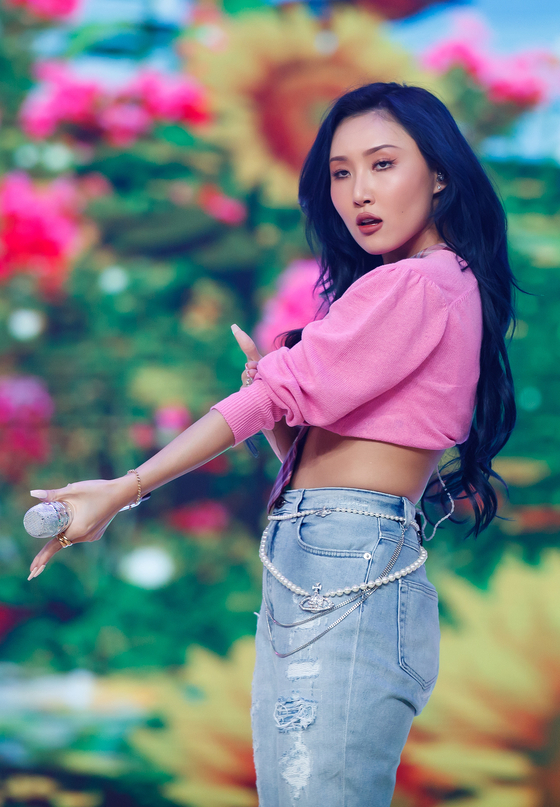 
Hwasa, a member of Mamamoo, is getting ready to release another solo album, her agency RBW confirmed after reports on Wednesday.

The agency, however, is yet to reveal the details of her solo album, such as the release date or if it’s a single or an EP.

Hwasa released her debut solo single “Twit” in February 2019 and continued to show her talent as a solo artist by dropping “Maria” in June 2020.

Mamamoo also recently dropped a compilation album of its greatest hits “I Say Mamamoo: The Best” on Sept. 15.

Loco, Hwasa to collaborate on upcoming EP 'Somebody!'