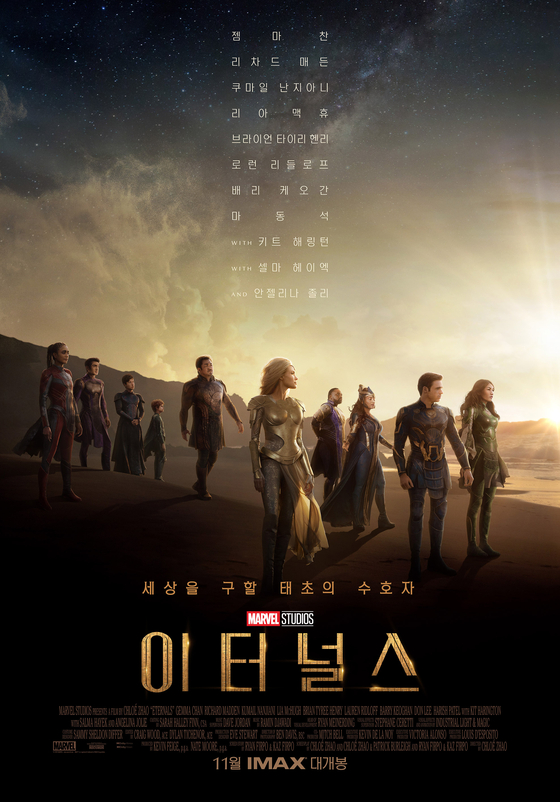 
The release date of the highly anticipated Marvel film “Eternals” has been set for Nov. 4. Walt Disney Company Korea announced the date on Wednesday and released the poster of the film.

The poster features the Eternals gazing across a vast desert-like land.

Starring Angelina Jolie, Salma Hayek, Richard Madden, Gemma Chan and Korean actor Ma Dong-seok, “Eternals” is the third film in Marvel Studios’ Phase 4 slate. It will tell the story of the Eternals that were born billions of years ago as a result of genetic experiments on Earth by the Celestials, who were first introduced to the Marvel Cinematic Universe in “Guardians of the Galaxy.”

Ma plays the role of Gilgamesh.