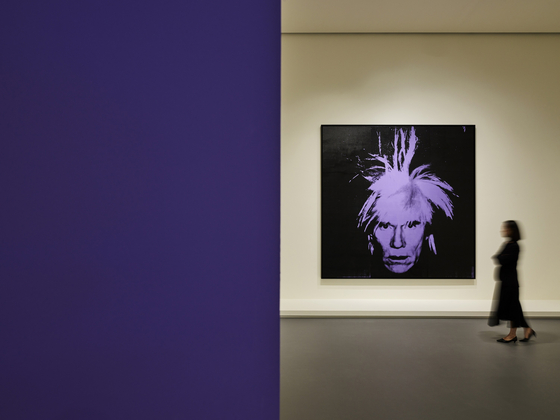 
Andy Warhol is famous for pop-art paintings of Campbell’s soup cans and Marilyn Monroe, but his wide range of portraits truly show the artist’s uniqueness.

Warhol said in his own words, “If you want to know about Andy Warhol, just look at the surface of my paintings and films and me, and there I am. There’s nothing behind it.” 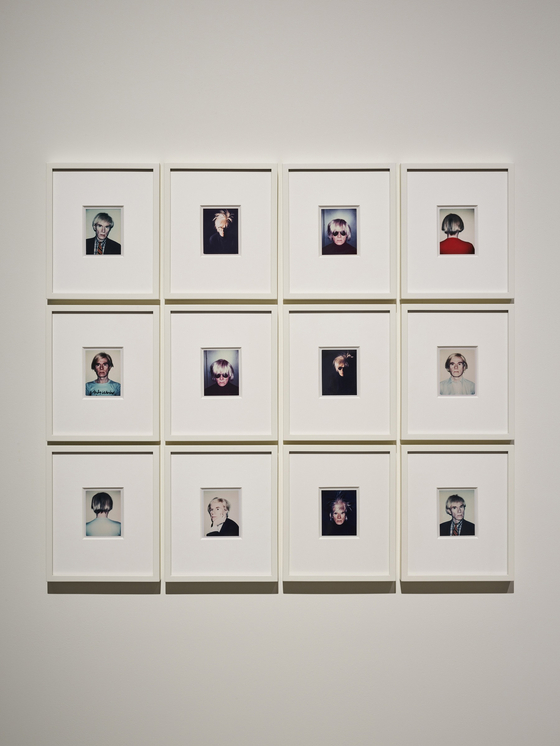 
Warhol’s artworks being exhibiting are mostly silkscreen prints or polaroid photos from 1967 to 1986. Silkscreen printing is an industrial technique that allows artists to reproduce duplicates of the same image — a method he used when making his popular canvases of soup cans and public figures.

Though most of the works are depictions of Warhol himself, they all vary by personifying his versatile characteristics. While some barely even show his face, others portray his face from various angles. Some even feature Warhol dressed as a drag queen.

“Self-Portrait (1967)” is one of the three series of self-portraits Warhol drew in the 1960s, all based on the same photo of himself. It shows half of Warhol's face with his hand touching his mouth, expressing a “confident, poised and even restrained attitude” of the artist, as described by the Fondation Louis Vuitton. 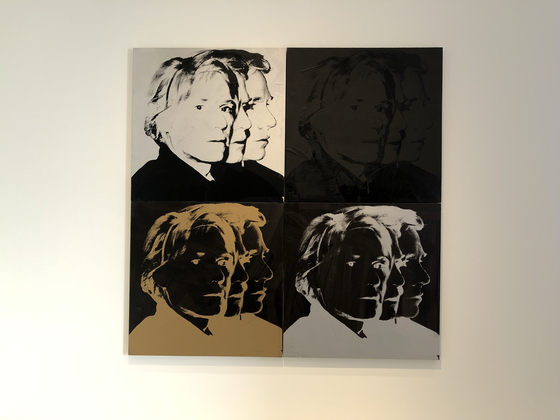 ″Self-Portrait (1978)″ by Warhol reveals three different angles of his face into a polyptych. [SHIN MIN-HEE]


In “Self-Portrait (1978),” Warhol reveals three different angles of his face using a snapshot technique which he turned into a polyptych. A polyptych is a painting that is divided into numerous sections. Also on display is Warhol’s “The Shadow (1981),” a self-portrait showing the left-side of his face and a shadow being cast.

For his silkscreen portraits, Warhol tended to illustrate his own face in a vague and obscure manner. However, in some polaroid photos taken between 1977 and 1986, he staged himself creatively — with sunglasses, wigs and makeup.

The interesting thing about Warhol’s polaroids is that they address both masculinity and femininity. Twelve polaroid photos show Warhol wearing his signature “fright wig,” and posing in many ways. He collaborated with the American photographer Christopher Makos in his drag queen photos. In some, he even combined the two concepts, wearing makeup, a wig, a dress shirt and a tie at the same time. 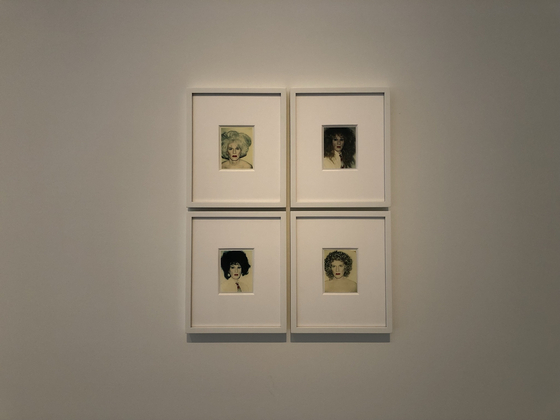 These photos of Warhol show both his masculine and feminine side, as he wore makeup and a wig as well as a dress shirt and tie at the same time. [SHIN MIN-HEE]


Warhol was known for his fascination of drag queens. He recruited 14 drag queens in the nightclubs of New York, subsequently printing out 268 paintings of them. One of his key pieces “Ladies and Gentlemen (1975)” of transgender actor Wilhelmina Ross, can be seen at the Louis Vuitton exhibition.

Yet probably the most eye-catching artwork of them all, “Self-Portrait (1986)” clearly shows Warhol’s face, bringing viewers eye-to-eye with the artist. This piece captures a front view of the artist’s face, once again wearing his silver tousled wig. One may wonder what Warhol was thinking when he took this photo, with his blank stare seemingly penetrating through the canvas. The Fondation describes it as “[conveying] a mixture of despair and anguish.” This interpretation can be considered more plausible as the painting was created in 1986, just a year before Warhol’s death. 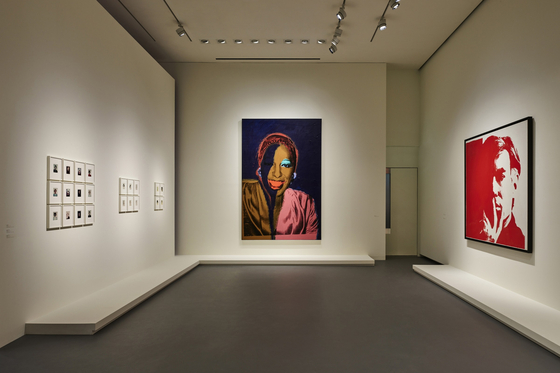