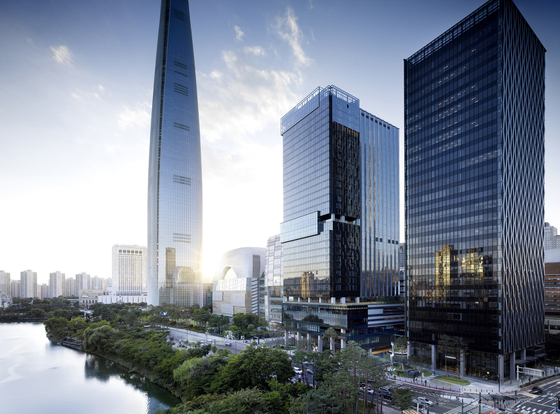 
Korea continues to welcome luxury brands to the country. This time it is French brand Sofitel which is landing in Songpa District, southern Seoul, for the first time.

Away from luxury-hotel-heavy Gangnam in southern Seoul or office-heavy Gwanghwamun in central Seoul and Yeouido in western Seoul, the Sofitel Ambassador Seoul opened on Thursday in Songpa, which is home to two five-star hotels run under Lotte, Signiel Seoul and Lotte Hotel World. The brand run by hospitality group Accor which has been operating its brands in tandem with local hotel group Ambassador.

Despite its high status in the Accor portfolio, the hotel, right by Seokchon Lake, is aiming to be more approachable and target those who don’t have much experience in five-star hotels. It positions itself differently from the smaller and more private Signiel Seoul and more family-friendly Lotte Hotel World, which are steps away from its premises.

“We are suggesting the new lifestyle, living the French way, through more affordable gastronomic experiences,” said Cho Min-sook, general manager of the hotel. “Luxury doesn’t have to be something that’s intimidating to approach. We are trying to pioneer a new way to have our guests feel that they are living a life of luxury at least for one moment — for example when they take a bite of a chocolate.” 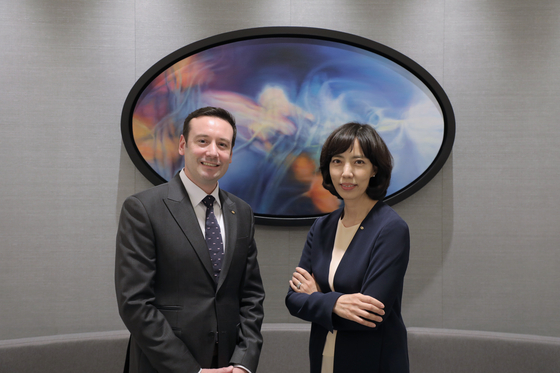 
Vincent Gernigon, the hotel manager who was first acquainted with Sofitel in 2006, agrees that getting the perfect piece of chocolate when you are craving it is the ultimate luxury. Instead of hiring a general manager from overseas, Sofitel decided to employ a locally experienced general manager team along with a brand expert to better curate the hotel's services to fit the local market.

One service the hotel is set to offer is called Cousu Main, meaning tailor-made.

“It means we are going to create emotion for the guests by offering something they really don't expect,” said Gernigon, who explained that sending a birthday cake to someone who checks in on their birthday isn’t something totally unexpected.

Just getting you a box of chocolate might not be anything surprising, but getting a box of the exact brand the guest goes crazy for could be considered "cousu main."

“To make that happen, you have to really observe the guests and engage with them to find out a very small piece of information that you could maybe use later on to surprise them. This also means close and active communication between hotel staff to make the entire operation happen,” said Gernigon. 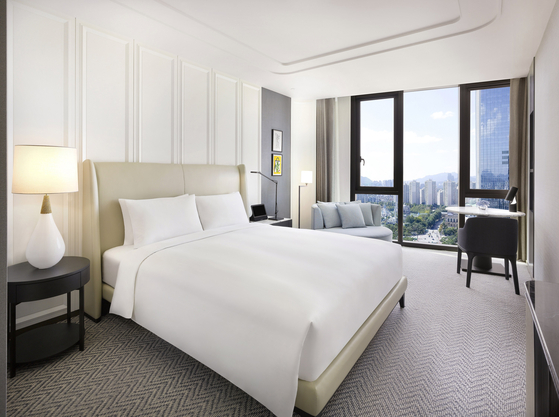 
Sofitel was first established in 1964 in Strasbourg, and has become the first French hotel brand to go international. It revamped its image around 2008, defining its own concept of luxury. Its main target globally is businesspeople who want to mix their business with leisure time during their travels.

To convey the brand concept and image, the Sofitel Ambassador Seoul is equipped with over 500 hotel rooms as well as serviced residences, alongside many large halls fit for conventions and conferences. Given that the local Korean market for hotels centers around many leisure guests hoping to visit with young kids or friends, it has prepared many dining options to entertain guests, as well as a kid’s lounge.

Also, taking into consideration the trend of staycations brought on by the pandemic, the hotel has also incorporated open-air lounge areas on many of its floors that have restaurants, cafes, and bars, in addition to a pool. 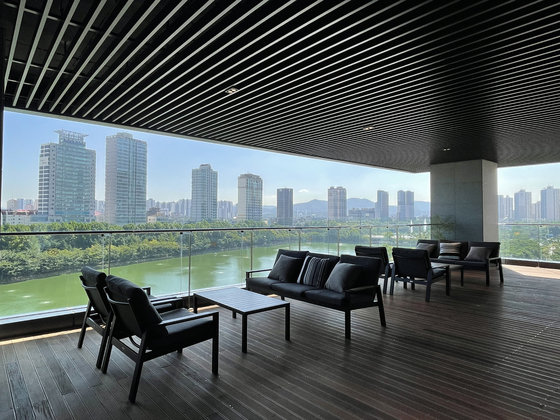 Given that the pandemic has inspired many to look for outdoor seating during their urban respite, the hotel also has many open-air lounges connected to its restaurants and bars. [LEE SUN-MIN] 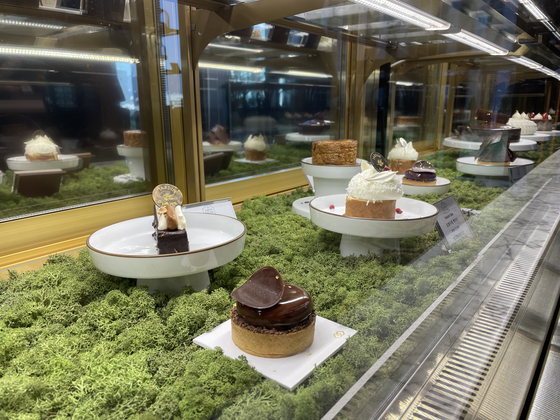 A showcase at Jardin d'Hiver offers a variety of French sweets. [LEE SUN-MIN]


The small garden located by its cafe Jardin D’hiver can also be used for small gatherings, like a very private wedding. L’Espace, Mio and Latitude 32 all have outside spaces where guests can enjoy drinks and some small bites while looking over the lake.

The hotel also tries to incorporate elements of both French and Korean culture. The afternoon tea set, called Le Gouter, offered at L’Espace, has a variety of French delights like Mont Blanc, Madeleines and Paris-Brest, yet also includes flavors of Korea. The classic pastry Kouign-Amann is made with a frequently-used Korean ingredient called mugwort, also known as ssuk. Jardin D’hiver offers brioche which is filled with bulgogi, or marinated beef.

Besides food, the hotel is displaying traditional Korean-style porcelain in each room, so that overnight guests can have a chance to experience some Korean heritage. Furniture inspired by traditional Korean design can also be found at the restaurants, to provide a mix of different cultures.

All rooms are serviced with hygiene products from Diptyque, which are available from built-in dispensers, taking into consideration the local authorities ban on disposable miniature bottles from next year.

To celebrate the opening of the hotel, the Bonjour Sofitel package is being offered for 345,000 won ($291), excluding tax. Overnight guests availing of the package can get an upgrade to a room with a lake view, and 100,000-won worth of credit to be used at its restaurant Fait Maison. A travel kit by Diptyque is also provided.

Although the hotel has a variety of dining options, one may also want to explore the lower floors of the building where the hotel is located. The Italian Club by celebrity chef Kim Ho-yoon, or Modern Shabu House by Sun At Food, well-known for its Mad for Garlic chains, as well as LeJardin, a flower shop can all be found there. Conflict Store Coffee located in Garosu-gil in southern Seoul’s Gangnam District is also set to open a cafe to offer a variety of caffeinated drinks.