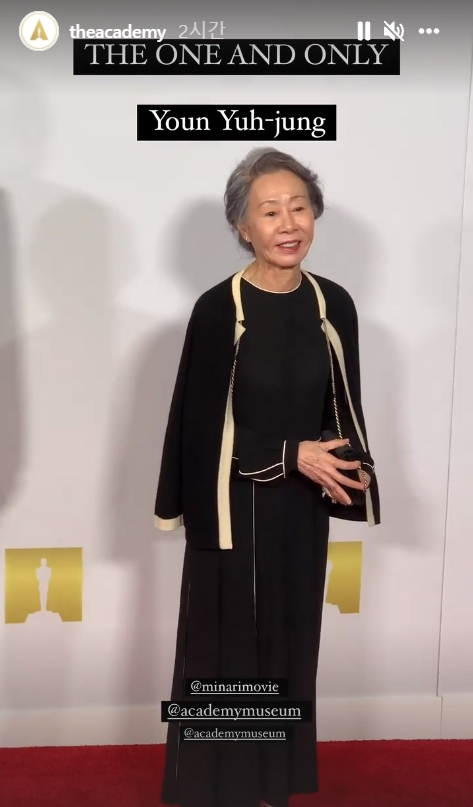 A story of Youn on the red carpet with the text “The One and Only” was uploaded on the museum’s official Instagram.

In the short video clip, Youn poses for photos dressed in an elegant black dress.

Youn is the first Korean actor to win the best supporting actress Oscar for her performance in “Minari" (2021).

According to her agency Hook Entertainment on Wednesday, the actor is said to be considering a role in local television series “A Tree Dies while Standing Upright” (translated). The story revolves around a grandson who attempts to grant his grandmother’s dying wish. The grandmother is a North Korean defector who established a hotel chain called “Hotel Paradise” in South Korea.

Production company Victory Contents will begin shooting next year, and it is scheduled to air in the latter half of next year. The broadcaster is yet to be decided.