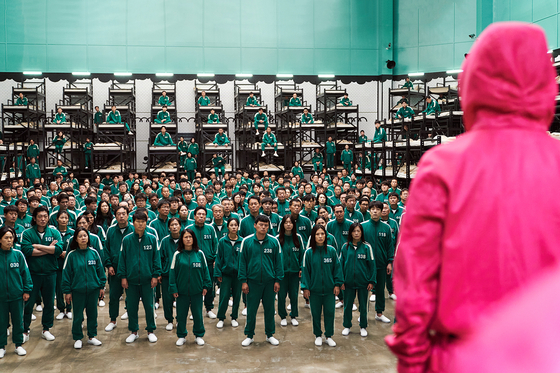 An article titled “'Squid Game’: What it is and why you will be obsessed with it” was published by CNN on Wednesday which reads “to say the horror series is causing a buzz would be an understatement. It’s a bit of a phenomenon much like the South Korean film ‘Parasite’ turned out to be.”

Related experts analyze that the release of the series was timely with the ongoing trend among American viewers of actively consuming more non-English language content then they did in the past.

“'Squid Game’ also is benefiting from the rising popularity — and acceptance — of non-English-language content among U.S. viewers,” Hollywood entertainment outlet Deadline evaluated. “Since 2019, non-English-language viewing in the U.S. has grown by 71 percent, and 97 percent of Netflix’s U.S. members have chosen to watch at least one non-English-language title in the past year. The ramp-up is even more dramatic for K-dramas, whose U.S. viewership has jumped over 200 percent between 2019 and 2021.”

The New York Post published an article titled “How Netflix’s brutal ‘Squid Game’ is already wreaking havoc around the world” on Wednesday, commenting on how the series has “already taken social media audiences hostage.” It analyzed that more than 14 billion videos with the hashtag #SquidGame have appeared on TikTok since the series was released on Sept. 17.

Entertainment website Buzzfeed released a quiz titled “Everyone’s Talking About ‘Squid Game’ — So Let’s Find Out Which Character You’d Be” in the format of a multiple choice test. One question asks people to choose what kind of Korean food they’d prefer from choices like tteokbokki (spicy rice cakes), bibimbap (a Korean rice dish mixed with vegetables and meat), hotteok (honey and nut-filled pancakes), dalgona (a retro candy made by mixing melted sugar and baking soda) and kimchijjigae (kimchi stew).

The Guardian analyzed the success factors behind the series in an article titled “Squid Game: the hellish horrorshow taking the whole world by storm.”