The author, a former ambassador to Japan, is a chair professor at Gachon University.


In his address marking the 70th anniversary last year of the outbreak of the 1950-53 Korean War, President Moon Jae-in referred to it as “the saddest war in the world history.” In my opinion, it had been a “foolish” — rather than “sad” — war. Can anything be honorable in a foolish war? The background of the Korean War became to be known after the dissolution of the Cold War. Before then, even reputable intellectuals regarded “undeniable facts” as “fake” due to ideological faith. Although in a negative light, the Korean War put South Korea at the top of the global agenda for the first time.

The origin of the war can be traced back to the early modern times of the West. In my book “The World and the Korean War” published in 2019, I borrowed a fable to explain how the conflicts between “freedom” and “equality” and the history of immigration had panned out at the 38th parallel of the Korean Peninsula. More simply put, the war was a result of a contest of geopolitical expansion by superpowers arising from World War II. Russia sought expansion to the east for over a century, while the United States reached out to the west. The two behemoths met on the Korean Peninsula in Northeast Asia. To them, the location itself was not important. They just did not want to lose it to the other side.

Most people think that Soviet leader Josef Stalin permitted the invasion after repeated urging by North Korean leader Kim Il Sung. But it is a misunderstanding. Stalin played the main role in the war. He disagreed with Kim’s plan for invasion until the late 1949. Stalin did not want to confront the United States over the peninsula, which did not matter much at the time. But his thought changed after the rise of China from the Communist Revolution. 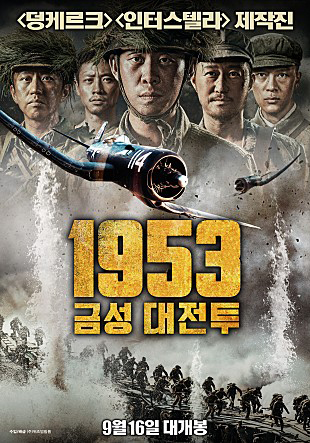 A poster of a Chinese film about the 1953 Battle of Kumsong. [SCREEN CAPTURE]

As Stalin hoped China would be preoccupied by a civil war, he ambiguously supported both of the rivalling parties in China.

Once the Communist Party of China triumphed beyond expectations, Stalin wanted to protect Soviet interest across the northeast region of China he was able to gain from the Nationalist Party. He also had to stop the rise of a united China which could threaten the Soviet-led communist bloc. But the new Chinese leadership was not an easy contender, the result of which was the outbreak of the Korean War.

North Korea’s founding father Kim Il Sung desperately wanted to command over the peninsula by unifying South and North Korea. Stalin had more to gain than lose from a war. If Kim succeeded with his war, Stalin’s influence could prevail over the Korean Peninsula and shake the strategies of Japan and the United States. The U.S. without any thought of a ground war could struggle if it was lured into the engagement. And if the U.S. joined in the war, China would have to interfere. China would be too engrossed with the war to pursue its goal to unify Taiwan. In the meantime, Stalin could go on with his scheme in strategically important Europe.

While Stalin had a big picture in mind for a global chess game, Kim Il Sung and Mao Zedong each played a small game of their own. Even Henry Kissinger had been awed to discover the shrewd strategy of Stalin after the end of the Cold War.

The common lesson from numerous military revolutions and wars over the last century is that they resulted from foolishness of big powers. We must first look inwards. A Chinese film titled "The Sacrifice" about China's “heroic” engagement in the 1953 Battle of Kumsong — the last major battle of the Korean War — was approved for release in South Korea. Although the rating authorization was eventually cancelled, it is sad and foolish of someone to think of importing and approving the movie that portrayed a battle that killed 1,701 South Korean soldiers.