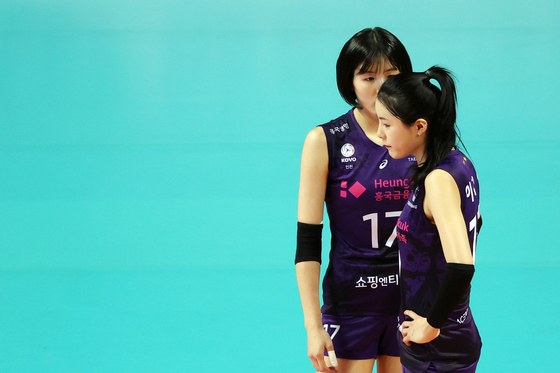 
Twin volleyball players Lee Jae-young and Lee Da-young, who were suspended in February following accusations that they bullied their teammates while in school, will start playing for Greek club PAOK Thessaloniki after the Fédération Internationale de Volleyball (FIVB) issued an International Transfer Certificate (ITC) for the pair on Wednesday.

With that obstacle out the way, the pair are now free to join PAOK.


After their club the Heungkuk Life Insurance Pink Spiders' General Manager Kim Yeo-il reportedly told the board of directors of the Korea Volleyball Federation on June 23 that the two players would be registered for the 2021-22 V League season, public opinion flared up again with the backlash worsening as interviews of the alleged victims were reported. The club eventually dropped the plan to register the pair.

As they were no longer part of the Pink Spiders, the sisters are not bound to the club's indefinite suspension any more. As effectively free agents, the sisters reportedly tried to signed a contract with PAOK Thessaloniki but the Greek embassy requested an ITC to issue their visas.

Two weeks after the twins first asked the FIVB to review their case in Sep. 12, the organization decided to grant an ITC to the twins.

The FIVB reportedly asked the Korean Volleyball Association to provide bank details for transfer fees, but as the local association did not provide that information by 7 p.m. on Wednesday, the FIVB issued the ITC regardless.

Retrospective accusations of school bullying have become common in Korea, with a number of high profile celebrities accused of mistreating former classmates when they were young.

Organizations have acted quickly to punish the perpetrators amid considerable backlash from members of the public who think that their success sets a bad example. However, some are saying that the process was unfair since they were banned from professionally playing volleyball even before legal disciplinary decisions were made.

In the eyes of international organizations like the FIVB and PAOK, retrospective bullying accusations — especially those that accuse an adult of bullying somebody more than 10 years ago — are likely to be taken less seriously. With nobody being accused of an actual crime, international organizations likely see no reason to prevent the twins from continuing their careers.