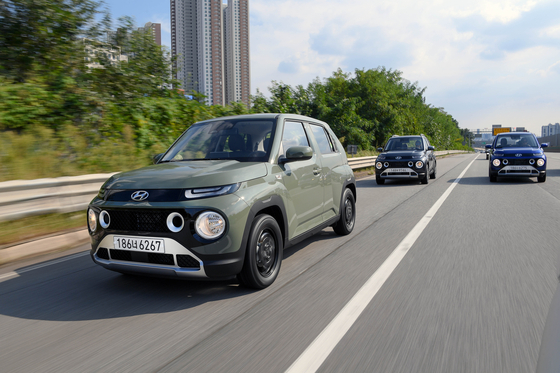 
Hyundai Motor’s Casper mini SUV is a cheeky little car with a lot of functionality.


It is the first mini SUV Hyundai Motor has launched in 19 years and is also the first model under its joint venture with the Gwangju provincial government.

As such, there are many reasons the automaker needs this car to be a success. For a start, its presales were a great success, garnering nearly 25,000 reservations, including one from President Moon Jae-in.

The Korea JoongAng Daily recently got behind the wheel of the little Casper equipped with a 1.0-liter petrol turbo engine. The model offers two engine options: A 1.0-liter petrol engine and a turbo version.

Its exterior design was actually more perky than it appeared in the photos, although the frontal design, with its circular headlamps and central grille could be a love-it-or-hate-it feature. The design language has been praised for how cute it looks, with some reports comparing it to the puppy dog eyes of a pug, although to this reporter it looks more 90's boombox than cutting-edge car.

Despite the acquired-taste front end, the font of the Casper logo spelled out on the back of the car and its design details do make the vehicle look trendier.

Its size specs are the same as Kia’s Ray box car, but due to its SUV appearance, the Casper looked bigger on the outside.

One of the most impressive traits inside was the fact that all four seats could be folded to the front to lie completely flat.

Hyundai Motor says that the function enables passengers to lie down, but in reality lying down was pretty uncomfortable due to the hard seats and the hole in the middle. Budding campers could be comfortable sleeping in the car, but they'd want to bring a mattress along for the ride.

Like the Ioniq 5, the Casper doesn’t have a center console, giving more leg room. The gear stick, which used to be on the center console, has moved up front, just below the ventilation control buttons.

The backseat could also be laid back to a certain degree, which is something that not many vehicles, especially SUVs, offer. The legroom for the backseat as well as the headroom is very spacious. 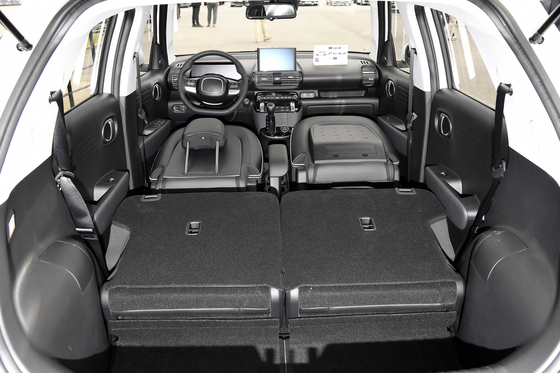 The inside of the Casper SUV with four seats completely folded. [HYUNDAI MOTOR]


But to secure enough space for passengers, the trunk size took a hit.

One thing that fell short of expectations inside was the materials used, which seems to have been an economic, not a style, choice.

The fabric and plastic material for the ceiling, inside of the door and the dashboard were a long way from looking high quality.

On the road, the vehicle performed at a level that suits its size.


For speed bumps, drastically slowing down is a must, because the jumpy car could hurt your spine.


What was most impressive about the vehicle’s driving performance was how smart it was.


It was packed with driving assistance functions that were only available in premium models.


On top of lane keeping and lane following functions, it was also topped with a driver attention warning system and front vehicle start alarm.


All of these systems are equipped in all trims of the model for free, and, with the help of the advanced driving assistant systems, the vehicle can run on its own without the driver’s feet on the accelerator and without the driver’s hands on the steering wheel for a certain period of time.


All in all, this vehicle is a well-made all-rounder mini SUV that is also smart. But it may not satisfy some customers who are sensitive to interior design and quality.

[Video] Taking the perky little Casper for a spin