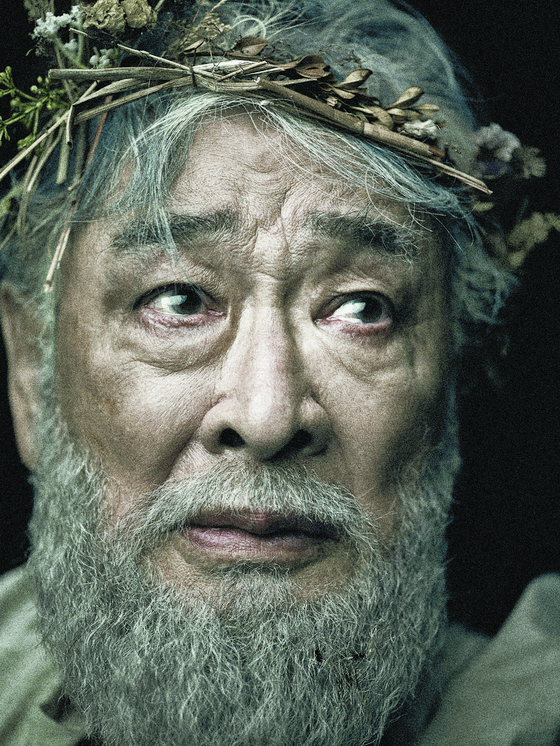 
Veteran actor Lee Soon-jae has had a prolific career on stage and on screens big and small, not to mention the countless awards he's won over six decades. He’s played almost every kind of role from Cyrano de Bergerac in the Korean stage production of “Cyrano” (2006) to comic grandpas like Soon-jae in the hit sitcom “Unstoppable High Kick!” (2007). He became a familiar face to the younger generation by appearing in the hit reality show “Grandpas Over Flowers” (2013).

The 86-year-old actor could rest on his laurels. But whenever anyone asked Lee if there was one role he still wished to play, the answer was always the same: William Shakespeare’s Lear.

“I am concerned it may look like reckless bravado, but I’m preparing for this play thinking that it could be the last masterpiece of my life,” said Lee, looking unusually nervous during a press conference for the production held last week at the Inchoon Art Hall of the Seoul Arts Center in southern Seoul.

Korea has staged productions of Shakespeare’s famous tragedy before, but according to Lee, all of them were so heavily abridged they could barely be considered “truly Shakespeare’s.”

The upcoming production of “King Lear” goes on for three hours and 20 minutes and Lee is onstage most of the time.

“We wanted to show the full version of the play, as close to the original as possible, as Shakespeare’s works have to be fully delivered for their literary value,” said Lee, who is also artistic director of the production. “I’m not saying we should disregard the general audience. We should still make this a play, and not a literary work, so that the audience members can sympathize and understand. It’s not that easy to have that balance. That’s what we really focused on.”

Though there are numerous Korean translations of "King Lear," director Lee Hyun-woo decided to translate it himself, “focusing on that balance of maintaining Shakespeare’s literary value and having the elements of a play,” said the director, who is also an English professor at Soon Chun Hyang University and vice president of the Shakespeare Association of Korea. 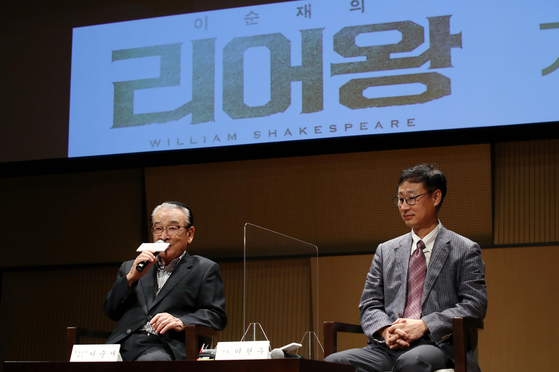 
“There’s no other character in Shakespeare’s works who expresses all emotions that a human being can express,” said Lee. “All emotions are concentrated in this one character. They are extreme and magnified. I think there’s no other actor than Lee Soon-jae who can express this to the fullest. Portraying old age especially, the vulnerability, pride and perhaps wisdom, can only be expressed by such a veteran actor.”

Lee Soon-jae said he’s been so dedicated to memorizing the lines that he mutters them in his sleep.

“Yes I am nervous and worried but I really wanted to create a work that shows the true essence of Shakespeare’s King Lear," Lee said. "The most important thing in Shakespeare’s work is the use of language. There are a lot of metaphors and literary formulas, so if the actor doesn’t deliver them accurately, the story cannot be delivered. I want to do this properly as my last masterpiece.”

Suriname: A country of contrast (KOR)