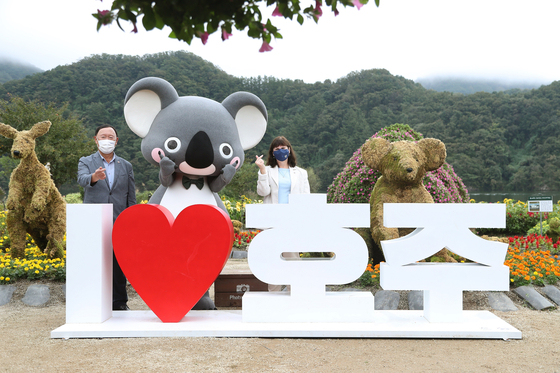 Australian Ambassador to Korea Catherine Raper, right, and Gapyeong County Mayor Kim Sung-ki pose next to a sign that reads “I love Australia” to celebrate the opening of a garden to mark the 60th anniversary of Korea-Australia ties on the southern tip of Jara Islands in Gapyeong, Gyeonggi, on Friday. The Battle of Gapyeong, from April 22 to 25 in 1951, was the bloodiest battle for Australians in the Korean War. In addition to koala and kangaroo figures, the garden also showcases photos taken of and by Australian soldiers during the war. [GAPYEONG COUNTY OFFICE]

Blaming China is not a solution

A battle over democracy (KOR)