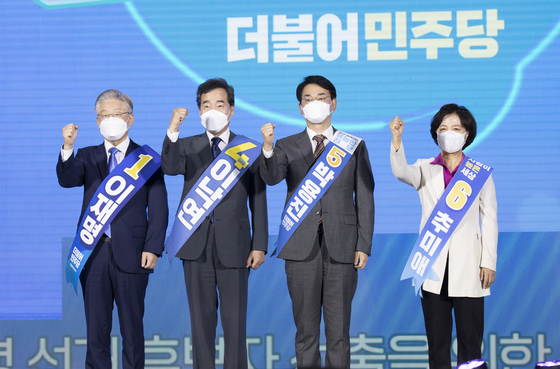 The contenders for the ruling Democratic Party’s presidential nomination pose together at a party primary event in Songdo, Incheon on Sunday. From left: Lee Jae-myung, Lee Nak-yon, Park Yong-jin and Choo Mi-ae. Gyeonggi Gov. Lee Jae-myung widened his lead in the DP’s presidential primary race on Sunday by winning a majority of votes in the second “super week” with 58.17 percent of the votes cast, trailed by former Prime Minister Lee Nak-yon at 33.48 percent. [YONHAP]